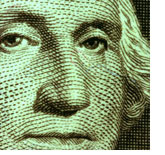 PORT-AU-PRINCE, Haiti – A new report on American aid to Haiti in the wake of that country’s devastating earthquake finds most of the money went to U.S.-based operations.
The Center for Economic and Policy Research analyzed the $1.15 billion pledged after the January 2010 quake. The group says a lack of transparency makes it hard to track all the money. It found the “vast majority” of the money it could follow went to U.S. companies and organizations, more than half in the Washington area alone.
Just 1 percent went to Haitian companies.
The group has been critical of U.S. policy in the past, accusing the U.S. of a top-down approach to aid that does little to alleviate poverty in impoverished Haiti.
USAID did not respond to requests to comment on the report Friday.