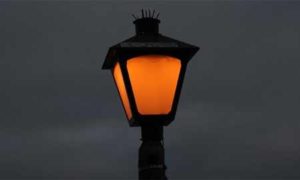 CARACAS, Aug 9 (BERNAMA-NNN-PRENSA LATINA) — Venezuela’s National Assembly has approved for the first time a joint cooperation programme with Argentina aimed at supporting Haiti after the damage caused by natural disasters this year.

The programme, called Development of the Agricultural and Health Sectors in Haiti, shows Venezuela and Argentina’s commitment to the Caribbean nation and will allow for the development of family agriculture, with which the Haitian economy is expected to recover.

The territory was created August last year by a presidential decree and includes Los Roques archipelago, La Orchila Island and the small Islands of de Paraguana peninsula, all located on the country’s northern Caribbean coast.

The Parliament also discussed and approved various additional allocations to state budgets, including one estimated at about US$3.32 billion which will benefit workers from the education, sports, culture and social protection sectors.

1 thought on “Venezuela, Argentina To Provide Joint Aid For Haiti”