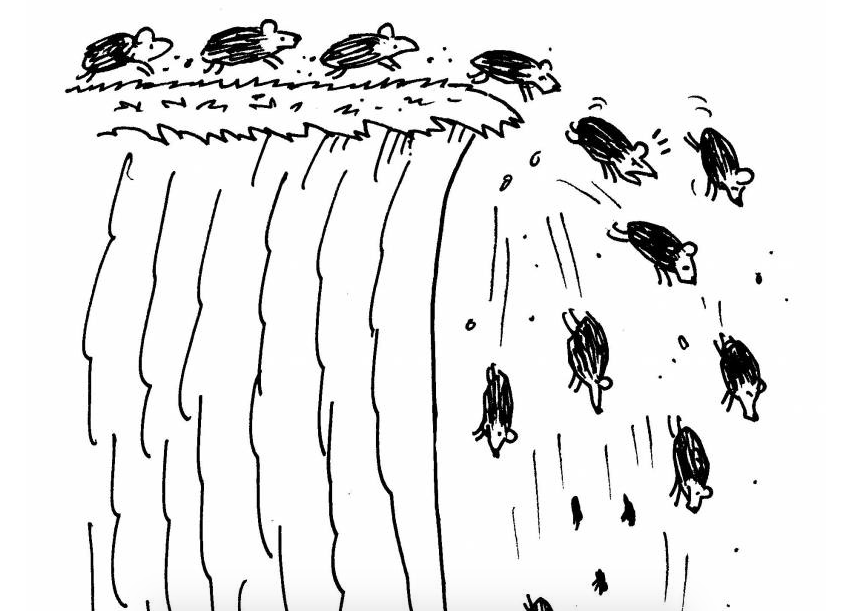 Paul Alexander, a former Trump appointee to the Department of Health and Human Services (HHS), repeatedly urged top officials to allow millions of low-risk Americans to be infected with the coronavirus in order to adopt herd immunity, according to emails disclosed by Politico.

The emails, which were given to the media outlet by the House Oversight Committee, highlight Alexander’s consistent desire to allow the virus to spread freely across the country.

“There is no other way, we need to establish herd, and it only comes about allowing the non-high risk groups expose themselves to the virus. PERIOD,” Alexander wrote on July 4 to HHS Assistant Secretary for Public Affairs Michael Caputo and six other senior officials.

“Infants, kids, teens, young people, young adults, middle aged with no conditions etc. have zero to little risk….so we use them to develop herd…we want them infected,” he added.

A few weeks later, Alexander wrote to Food and Drug Administration Commissioner Stephen Hahn, Caputo and eight other senior officials, saying that it “will be best if we open up and flood the zone and let the kids and young folk get infected” to get “natural immunity…natural exposure.”

In response, Caputo asked the HHS science adviser to further research the theory of herd immunity.

On July 27, he wrote that “we essentially took off the battlefield the most potent weapon we had…younger healthy people, children, teens, young people who we needed to fastly infect themselves, spread it around, develop immunity, and help stop the spread.” This appeared in an email to Centers for Disease Control and Prevention (CDC) Director Robert Redfield.

At the time, Alexander was serving as a top deputy to Caputo, who was appointed by President Donald Trump to lead the health department’s communications team.

But in mid-September, Alexander was asked to leave the HHS after it was revealed that he had interfered with CDC reports and pressured Dr. Anthony Fauci to not speak out about the risks of COVID-19 among children.

Nonetheless, a former CDC official told Politico that when Alexander made suggestions, he had the White House’s support.

“It was understood that he spoke for Michael Caputo, who spoke for the White House,” Kyle McGowan, a Trump appointee and former CDC chief of staff, said. “That’s how they wanted it to be perceived.”

But the HHS said that Alexander’s theories “absolutely did not” shape the department’s strategy.

“Dr. Paul Alexander previously served as a temporary Senior Policy Advisor to the Assistant Secretary for Public Affairs and is no longer employed at the Department,” the department said in a statement to Politico.

On numerous occasions, the Trump administration has denied using herd immunity as a strategy against the coronavirus outbreak in the U.S.

“The herd immunity so-called theory was something made up in the fanciful minds of the media. That was never something that was ever considered here at the White House,” press secretary Kayleigh McEnany told reporters during a briefing in September.

In October, HHS Secretary Alex Azar said that “herd immunity is not the strategy of the U.S. government with regard to coronavirus” during a House Oversight Committee hearing.

Newsweek reached out to Alexander and the HHS for additional comment but did not hear back in time for publication.