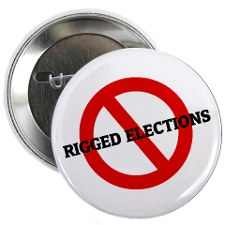 PORT-AU-PRINCE, Haiti—An influential U.S. senator urged the State Department on Friday to look at the visa and U.S. residency status of Haitian officials who might have engaged in election fraud in Haiti’s legislative races.

The message was the strongest yet from international partners after Haitian officials released final election results last week that awarded surprise victories to 19 candidates who were not the top vote getters in the preliminary results.

“I am writing to urge the Department to take appropriate steps to convey our concern, including assessing the visa suitability and the lawful permanent status in the United States of Haitians officials who may be involved in election fraud,” Sen. Patrick Leahy of Vermont wrote in a letter to U.S. Secretary of State Hillary Rodham Clinton.

The Democrat is chairman of a Senate subcommittee overseeing appropriations for many of the U.S. government’s foreign operations.

No one disputes the final results that officially declared Michel Martelly, a pop singer known as “Sweet Micky,” as Haiti’s next president. Martelly, 50, takes office May 14.

But human rights advocates and politicians have accused some members of Haiti’s Provisional Electoral Council of accepting bribes in exchange for seats in the legislature, most of which went to the governing Unity party.

On Friday, Haiti’s election council received a report from an Organization of American States observer mission containing recommendations on how best to resolve the contested legislative seats.

The report was not made public. But a council employee who read it said it urged election officials to respect the preliminary results released April 4 and not the final returns announced last week. The worker agreed to discuss the report only if not quoted by name.

The council’s general director, Pierre-Louis Opont, said the body’s board members would decide whether to accept or reject the OAS recommendation. “It’s out of the control of the general director,” he told The Associated Press

A board decision could come by Saturday, and board members should publicly address accusations of corruption, Opont said.

Referring to Leahy’s letter and the threat of revoking visas, Opont said: “It’s a decision taken by the United States.”

A few months ago, the State Department revoked visas for approximately two dozen Haitian government officials believed to be connected with violence or corruption during the country’s disputed first round of the presidential election in November.

Since the contested final results came out last week, protesters have demonstrated in rural areas. At least one person was killed and several others were injured in an arson attack. A radio station near the border with the Dominican Republic was burned to the ground, according to the New York-based Committee to Protect Journalists.

On Friday, local radio stations reported that supporters of a Unity legislative candidate confiscated the keys of motorists in the western town of Leogane, causing traffic jams.

Also on Friday, the president-elect announced the formation of a transition team. Martelly named Daniel Supplice, a sociologist and a political strategist who worked on his campaign, as the team’s coordinator.