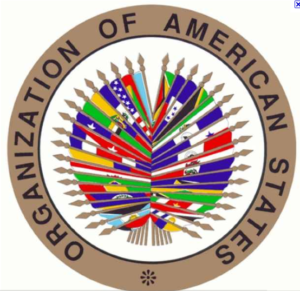 The experts from the Organization of American States and the Caribbean Common Market (Caricom) made the recommendations on Friday, in a report to Haiti’s Provisional Electoral Council.

“…The JEOM (the Joint OAS-CARICOM Electoral Observation Mission) recommends a return to the preliminary results in each of the eighteen cases examined.

“One of the 18 decisions concerned the two posts of senator in the Department of the Center,” the mission said. That brought the number of candidates involved to 19.

In 19 voting districts, the outcome of the March 20 elections changed from the initial returns to the final count, each time favoring candidates close to outgoing president Rene Preval and his Unity Party.

The OAS-Caricom mission blasted Haiti’s National Electoral Complaints and Challenges Bureau, saying its judges “did not display the necessary serenity and patience to draft their decisions with the thoroughness required.

“For the most part,” the report continued, “the decisions are improperly drafted and it is often difficult to follow the thinking.”

“We have sent the report this morning to Prime Minister Jean-Max Bellerive who will deliver it to the Provisional Electoral Council,” Colin Granderson, chief of the international mission, told AFP. “It will be up to the Haitian authorities to speak about it.”

According to a parliamentary source, the electoral council is not inclined to follow the report’s recommendations and wants to stick with the final results favorable to Unity.

That position has been denounced by president-elect Michel Martelly who had called for the review by the international mission.

A member of the council resigned on Monday to protest the changes from the preliminary results.

The supposedly definitive legislative results released a week ago showed Unity expanded its presence in the Chamber of Deputies, taking 46 of the 99 positions, and gained an absolute majority in the upper Senate with 17 of the 30 seats.

The legislative results were greeted by outbreaks of violence in parts of Haiti that left at least one person dead.

Martelly’s fledgling Reypons Peysan party won only three parliamentary seats, and to enact the reforms Haiti needs he will have to forge deals with Unity.