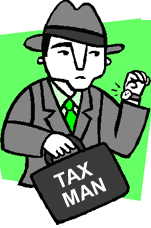 PORT-AU-PRINCE, Haiti – Two Haitian cities and the development arm of the U.S. government have launched a tax collection system that they hope to replicate in municipalities throughout the impoverished Caribbean nation.

Noel Bauer, the Haiti rural development and governance officer for U.S. Agency for International Development, said in a telephone interview Wednesday that a tax collection effort in the densely packed city of Carrefour generated significant revenue. The amount in taxes collected jumped 482 per cent from 2011 to 2012, or from $309,000 to $1.8 million.

Organizers began by doing a census on built property in Carrefour, a seaside city whose population ranges from 400,000 to 800,000. Then they approached property owners about the importance of paying taxes.

Payment was done on a voluntary basis, Bauer said.

Haiti’s rate of tax receipts as a share of its GDP is at 9 per cent, one of the lowest in the world, according to USAID. In the neighbouring Dominican Republic, it’s about 12 per cent.

People in Haiti have long been reluctant to pay taxes because there’s little trust in a government that many see as corrupt and self-serving. At the same time, the cash-strapped government doesn’t have the resources to provide basic services such as trash pickup, potable water or free education.