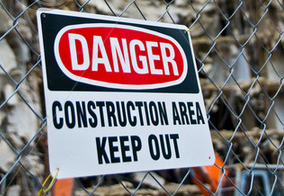 ACTUALLY, THE PESKY HAITIANS DON’T EXPECT AN IMMEDIATE RECOVERY, BUT THEY DO EXPECT SOME RECOVERY!!

By Christophe Schmidt (AFP) – 3 hours ago

NEW YORK — Nine months after the devastating earthquake in Haiti, the United States and France warned Monday against the growing impatience in the Caribbean nation over the slow pace of recovery.

US Secretary of State Hillary Clinton and French Foreign Minister Bernard Kouchner made the remarks during a meeting with Haitian Prime Minister Jean-Max Bellerive, on the sidelines of the UN General Assembly in New York.

“Those who expect progress immediately are unrealistic and doing a disservice to the many people who are working so hard,” the chief US diplomat said.

“But to expect less than concerted effort every day that produces results would be a great tragedy,” Clinton said.

The three signed two memoranda of understanding: one to set up an industrial zone to create 10,000 jobs and the other to finance the rebuilding of the main hospital in Port-au-Prince.

“Some find that it’s going slowly, very slowly, the reconstruction of Haiti,” Kouchner said. “And some are surprised that with so much money raised there is no really visible progress.

“It’s because they have no idea of the immensity of the disaster,” he said.”There’s a lot of money, many things have been done, but that cannot be immediately visible.”

The United States is by far the largest donor for Haiti, with 1.15 billion dollars pledged during a UN conference in March. France is also a top donor, with a pledge of 326 million euros.

Clinton, Kouchner and Bellerive then took part in a meeting of the Interim Haiti Recovery Commission, which is co-chaired by former US president Bill Clinton and Bellerive.

Bellerive aired “his concerns about the pace and size of what we are doing today.” He added that “impatience is increasing,” with the need to show results right away in Haiti.The Haitian premier called for a solution to be offered within three months for at least half of Haitians who have lost their homes, and who are doing their best to survive in temporary shelters.

Some 125,000 Haitian families were put up in the emergency camps following the January 12 earthquake. The 7.0 magnitude earthquake killed 250,000 people.

But Bellerive said that because of international aid, the Americas’ poorest country has escaped both a spate of epidemics and an outbreak of violence. He also said 250 classrooms were rebuilt in time for the annual return to school.

On March 31 at UN headquarters in New York, the global community pledged nearly 10 billion dollars for Haiti over more than three years to put the quake-ravaged nation back on its feet.

The 9.9-billion-dollar pledge from some 50 donors included 5.3 billion dollars for the 2010-2011 period, far in excess of the 3.8 billion that was sought by conference organizers for that period.

He also called for “innovative financing” like that envisaged by the United Nations for the Millennium Development Goals, an ambitious plan to fight global poverty.n

The UN humanitarian coordinator for Haiti, Nigel Fischer, said in July that the top priority was to turn the reconstruction plan presented in New York in March into a very clear program of action.

Kouchner was due meanwhile to visit Haiti at the weekend to review the aid programs set up by France and to renew France’ solidarity with the Haitian people, those in his delegation said.

The Haitians are very patient and don’t expect a lot….but, they do expect SOMETHING!! All that they see is a lot of money being spent on expensive studies, and proposals.

They see elite Haitian businessmen, such as the Mevs and Vorbes, discussing multi-zillions dollar projects, such as a new tourist hotel near  the airport, that have nothing to do with the earthquake other than the fact the quake has made investment/relief capital available and it is going into non-relief projects.

They see Clinton flashing forward, with the speed of light, managing to hold one or two meetings since January 12. This speed does not seem adequate, when one realizes the challenges.

And we have Cheryl Mills, the lady who defended Clinton, in the Monica Lewinsky fiasco, and now serves Hillary as a right hand person, pressuring Ambassador Merten, with regard to the elections. Bill and Hillary do not want elections. They want an interim government with Mirlande Manigat, or some other puppet, in control.

Clinton  and the Vorbe partners he has can then get on with another rape.

The Haitians are not impatient.

They are simply tired of being repeatedly screwed by the international community.