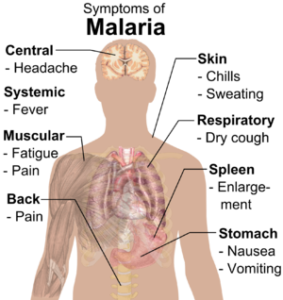 CAPE TOWN (2012-08-28):  The University of Cape Town’s Science Department believes that it has found a single dose cure for Malaria.

This was announced by researchers that have been working on this compound, from the aminopyridine class, for several years. Unlike conventional multidrug malaria treatments that the malaria parasite has become resistant to, Professor Kelly Chibale and his colleagues now believe that they have discovered a drug that over 18 months of trials ”killed these resistant parasites instantly”.

Animal tests also showed that it was not only safe and effective, but there were no adverse reported side effects. Clinical tests are scheduled for the end of 2013.

If this tablet is approved in coming years, this achievement will surely usher in a new age for science in Africa. It will save millions upon millions of lives on the continent, helping avoid at least 24 percent of child deaths in sub-Saharan Africa. Professor Chibale proudly explains: “This is the first ever clinical molecule that’s been discovered out of Africa, by Africans, from a modern pharmaceutical industry drug discovery programme. The potent drug has been tested on animals and has shown that a single oral dose has completely cured those infected with malaria parasites.”

This “super pill” could potentially cure millions of people every year, and save the lives of over one million people from around the world each year. This “cure” will most likely save health care systems throughout the developing world billions of dollars and open new areas for development and settlement.

Anopheles gambiae is a complex of at least seven indistinguishable species of mosquitoes, and includes the most important vectors of malaria in sub-Saharan Africa. These diminutive insects thus act as hosts for the protozoan parasite, Plasmodium spp., which is transmitted by the female mosquitos to the human host. (Credit: CDC/Jim Gathany)

The South African Science and Technology Minister Naledi Pandor elaborates: ”The candidate molecule is novel, potent, and has the potential to have a significant impact on global malaria control and eradication. This is a powerful demonstration of how much can be accomplished when open-minded researchers come together for the sake of the greater good of humanity. The discovery that we announce today is a significant victory in the battle to alleviate the burden of disease in Africa. Clearly the war on disease is not yet won, but I am excited by the role that our excellent scientists have played in finding a potential single-dose cure for malaria and possibly preventing its transmission. South Africa in general had built considerable strength in clinical research over the past decade. The main focus had been on HIV/Aids and TB. This development had occurred together with significant growth in the basic sciences that underpinned infectious disease research.”

From a Personal Perspective

I have personally had malaria twice while traveling in East Africa and Zanzibar and can say that it is a deeply painful and depleting experience that leaves you in ruins, unable to care for your family, and in a very poor health if you survive.

I have luckily had test kits and treatment each time, which seemed to make me feel worse before I got better. Months on end working in the African bush means that I have to do without prophylactics and must simply avoid being bitten or accept I may get malaria. The only hope being that the fever gets less severe with each re-infection…

There is no doubt constant re-infection is not sustainable and has undermined the advancement of rural populations in Africa for thousands of years. As soon as we gather in large numbers in cities like Dar Es Salam and Lusaka, the risk of malaria escalates with huge implications for public health care during the rainy season.

I am delighted that an effective cure may have been found for malaria. Prevention is, however, still much better than cure, so please do not throw away your mosquito nets and repellent. Please share your thoughts and comments about this discovery…