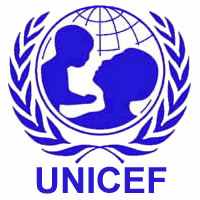 UNICEF is for the first time publicizing what drugmakers charge it for vaccines, as the world’s biggest buyer of lifesaving immunizations aims to spark price competition in the face of rising costs.

On Friday, UNICEF posted on its website the actual prices that it has paid individual drugmakers for 16 vaccines purchased over the last decade. It’s a move that a few Western pharmaceutical companies don’t support. Novartis AG and Merck & Co., which only sells one of its many children’s vaccines to UNICEF, both declined to have their prices published.

UNICEF said it will continue to disclose pricing of future vaccine deals, with the hope that the transparency will push drugmakers to cut prices and thus allow the organization to vaccinate more children and save more lives.

“Transparency will also help foster a competitive, diverse supplier base,” said Shanelle Hall, director of UNICEF’s supply division. She noted that it also will help UNICEF’s partners and those governments that buy vaccines on their own to make more informed decisions in price negotiations with drugmakers.

Its price list shows significant disparity, with Western drugmakers often charging UNICEF double what companies in India and Indonesia do. Just as striking is the steady rise in prices in the last decade, with the cost of vaccines against measles, polio and tetanus roughly doubling between 2001 and 2010. Prices of a few vaccines have remained flat or declined as additional competitors entered the market.

There’s also a huge spread in prices among various vaccines.

As might be expected, shots that have been around for some time and those vaccines made by multiple companies cost just pennies per dose, such as tetanus and tuberculosis shots and oral polio vaccine. But a combination shot for immunization against diptheria, tetanus, whooping cough, hepatitis B and haemophilus influenza can run UNICEF $3 or more per dose. The dual vaccine against 10 or more strains of pneumococcal disease, which causes ear infections and meningitis, costs $3.50 a shot. And some of the vaccines require more than one booster shot, adding to the cost.

The cost is partly justified by the complex manufacturing process used to make combination vaccines. And UNICEF still pays far less than the $71 and $114 per dose, respectively, that is charged in the U.S. for those two vaccines. But given that the organization’s mission is to immunize entire populations of at-risk children, any savings means more can be vaccinated.

British drugmaker GlaxoSmithKline PLC said in a statement that it “always offers UNICEF our vaccines at our lowest price as they are targeted at the people who need them the most, but are least able to pay. We welcome UNICEF’s move to publish retrospective prices for tenders and hope that this will help inform decisions for future vaccine procurement.” Messages left with other Western vaccine makers seeking comment weren’t immediately returned Saturday afternoon.

“By getting access to these prices, buyers will be able to take advantage of the increasing capacity of emerging countries to develop and produce quality vaccines at significantly lower costs,” he said in a statement.

He added that GAVI, the Global Alliance for Vaccines and Immunization, “should flex its purchasing muscles to encourage manufacturers” to produce vaccines that don’t require refrigeration and can be administered through patches or liquids, rather than needles.

GAVI, which is supported by contributions from developed nations and the Bill & Melinda Gates Foundation, is the primary funder of vaccines purchased by UNICEF. Helen Evans, interim CEO of the GAVI Alliance, said in a joint statement with UNICEF that GAVI “strongly believes in timely, transparent and accurate information on pricing.”

Many of the largest global pharmaceutical companies – most recently Johnson & Johnson – have jumped into the vaccine business in recent years to diversify revenue as many of their blockbuster pills are facing generic competition. Vaccines are all but immune from generic competition in developed countries, and some newer shots, such as Pfizer Inc.’s Prevnar pneumococcal vaccine, now bring in billions of dollars in revenue each year.

Those big companies are looking to less-developed countries for future sales growth, and vaccines against crippling and deadly childhood diseases are cost-effective purchases for countries with small health budgets.

AIDS groups and advocates for affordable health care in developing countries have campaigned for years for big pharmaceutical companies to sell their patented medicines to those countries at drastically reduced prices, or to allow generic drug makers in countries such as India to do so. They’ve had some success, so UNICEF’s new price plan is a logical strategy.

UNICEF’s Hall said the organization hopes to expand the transparency initiative to other essential products that it buys for children. UNICEF supports child health and nutrition, good water and sanitation, and quality basic education for boys and girls across the globe.