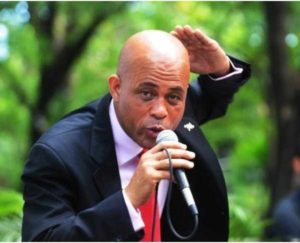 PORT-AU-PRINCE, Haiti, May 28 (UPI) — Haiti’s new president, who came to power pledging to house earthquake victims, is now under fire as they are evicted from refugee camps.

” This is the work of animals,” Guerin Pierre, a resident of the Delmas 3 camp outside Port-au-Prince, told The Miami Herald after a recent raid. “This is the worst kind of humiliation someone can experience. They chose to do this at the start of the hurricane season.”

The destruction of about 200 tents in Delmas 3 was the latest in a wave of evictions across the capital just weeks after President Michel Martelly took office. U.S. Congress members who support aid to Haiti have protested.

The International Organization for Migration reports that nearly a quarter of the estimated 668,000 people still living camps 16 months after the catastrophic earthquake are under threat of evictions, even though Martelly promised permanent housing during his campaign.

On Thursday, Martelly said Delmas Mayor Wilson Jeudy was responsible for the evictions. The mayor says the camps are hotbeds of crime and a threat to residents.