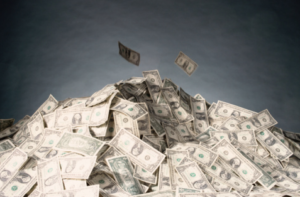 united nations, May 24 The United Nations is proposing that USD 40.5 million from the unspent budget of the UN mission in Haiti be poured into a special fund to help its cholera victims, according to a report.

UN Secretary-General Antonio Guterres made the proposal to the UN General Assembly to address a major shortfall in the USD 400 million needed to help Haiti recover from the epidemic.

Cholera was introduced by infected Nepalese UN peacekeepers who were sent to Haiti after the devastating 2010 earthquake. More than 9,500 people have died of the disease.

The USD 40.5 million would be drawn from unspent funds from the UN peacekeeping mission’s budget for 2015-2016 and would provide a major boost to the effort to help Haiti recover from the outbreak.

Only seven countries have so far contributed to the fund – Chile, France, India, Liechtenstein, South Korea, Sri Lanka and Britain – for a total of USD 2.67 million.

Guterres intends to appoint a high-level envoy to develop a fundraising strategy that would draw contributions from countries but also from other sources.

The General Assembly will next month discuss the proposals to raise funds for Haiti.

Former UN secretary-general Ban Ki-moon was forced to apologise to the Haitian people for the cholera outbreak, but the United Nations insists it is not liable for the damage.