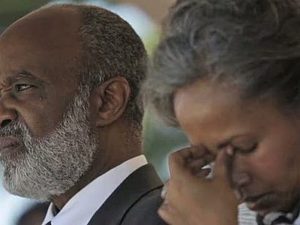 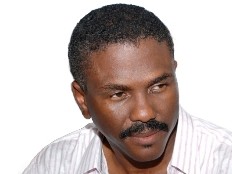 The incidents began after rumors spread that a Nepalese contingent of peacekeepers may have started the cholera outbreak in Haiti. The United Nations said the rumors held no truth.

“The way in which the events unfolded leads to the belief that the incidents had a political motivation, aimed at creating a climate of insecurity on the eve of the elections,” the U.N. mission, known by the acronym MINUSTAH, said in a statement Tuesday.

“MINUSTAH calls on the population to remain vigilant and not let itself be manipulated by the enemies of stability and democracy in the country,” the statement said. 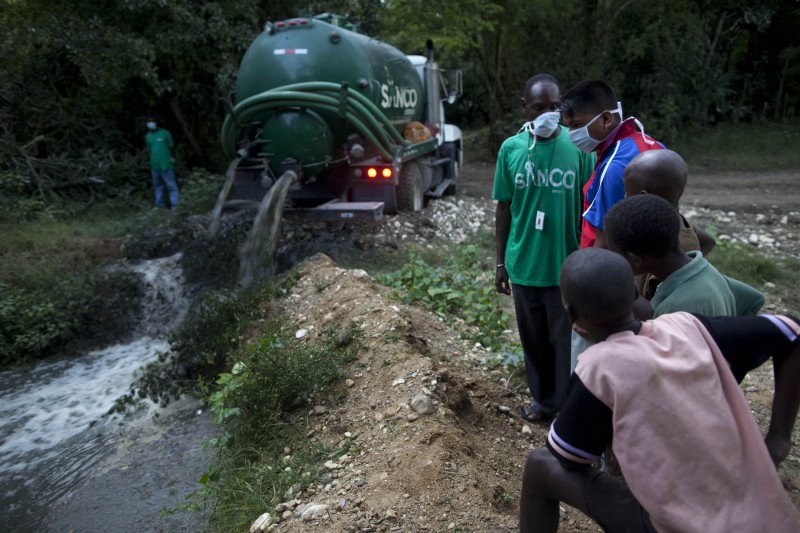 The U.N. mission said one protester was killed in the riots in Hinche after being fired upon by a U.N. peacekeeper. The mission said the protesters were armed and fired on the peacekeepers, who shot back in self-defense, but it has opened an investigation into the incident.

In Cap Haitien, schools and banks were closed, residents set fire to tires at entrances to the town and gunfire ricocheted through the streets, residents and officials told CNN.

Vincenzo Pugliese, a spokesman for MINUSTAH, said Monday anti-riot police were coping with the demonstrations, which he said began in the morning in at least two locations. “Apparently, some people were injured by bottles or stones,” he said.

“We are facing the consequences of a cholera epidemic and in two weeks the elections, so the population is scared,” he said. “It’s a volatile situation.”

Pugliese pointed to the fact that demonstrations began in separate areas as evidence that the outbreak was not spontaneous.

“Right now, security forces … seem to have control already of the situation,” he said.

In addition, a police station was torched, the U.N. peacekeeping force said.

An employee at the office of Tortug Air told CNN that the four daily flights typically scheduled between Port-au-Prince and Cap Haitien had been canceled due to “political tension.” She declined to be named.

“It’s not safe to walk in the streets,” Marc George, a resident of Cap Haitien, told CNN by telephone. “People are fighting the soldiers of MINUSTAH.”

Haitian government spokeswoman Alice Blanchet said a delegation of high level officials are heading to Cap Haitien to negotiate with the protesters.

Imogen Wall, a spokeswoman for the United Nations, said at least one U.N. warehouse has been looted and that a planeload of cholera supplies intended for Cap Haitien was not able to go.

“Cap Haitien is very serious for cholera right now,” she said. “You can’t run cholera response in this atmosphere.”

“Many people from the slum area, they are burning tires, throwing rocks and bottles,” he said. “And they are very mad against MINUSTAH. There are rumors that MINUSTAH is responsible for the cholera. And the cholera killed many people in Cap Haitien. Now taxi drivers are afraid to bring people to the hospital. It is very difficult to find a taxi driver when someone is sick.”

He said trash trucks were picking up the dead.

In the town of Hinche, northeast of the capital, about 400 demonstrators protested the peacekeepers, six of whom were injured, Pugliese said. In Quartier Morin a protester was killed after he was hit by a peacekeeper who fired in self defense. An investigation is underway.

Radio RCI reporter Jean Wesley said protesters threw rocks at MINUSTAH peacekeepers who, in turn, threw them back and also opened fire. Haitian police were patrolling the town looking for the rock throwers among the protesters, some of whom had set tires afire, he said.

The cholera outbreak, which was first confirmed last month in northwest Haiti, had spread across much of the country by Monday, killing more than 1,000 people and entering the makeshift camps teeming with people who were made homeless in January’s massive earthquake, officials said.

The latest Ministry of Public Health report available said that as of Sunday, 1034 people were dead and 16,799 were hospitalized. 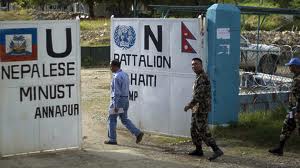 “When people have finished their treatment and they leave the centers, they go back to what is potentially a cholera infected area,” said Stefano Zannini, head of the Haiti mission for Medicins Sans Frontiers (Doctors Without Borders).

“Here in Port-au-Prince, 1.4 million people are still living in camps, where hygeine, sanitation and clean water are often scarce. Infrastructure is weak and it’s very difficult to get medical aid and water to all of these people.”

In the slum of Cite Soleil in the northern part of the capital, hundreds of people had sought treatment for the illness, he said. “Patients are coming from everywhere, throughout the city, slums and wealthier areas.”

If the numbers continue to increase at the current rate, he said, “then we’re going to have to adopt some drastic measures to be able to treat people. We’re going to have to use public spaces and even streets. I can easily see this situation deteriorating to the point where patients are lying in the street, waiting for treatment. At the moment, we just don’t have that many options.”

Zannini noted that the situation in Port-au-Prince has been dire since the January 12 earthquake hammered what was already the poorest country in the Western Hemisphere, killing more than 200,000 people and shattering its already weak infrastructure.

“Since the earthquake, every available space that wasn’t damaged has been filled by camps where people are living in extremely precarious conditions,” he said. “Just to find an empty area in this city is a major logistical challenge, so for us to find room to treat people is very complicated.”

Medicins Sans Frontieres has more than 100 international staff and more than 400 Haitian staff working in cholera treatment centers throughout the country, with more on the way, “but it’s just not enough,” Zannini said. “We are close to being overwhelmed.”

A scientist with the U.S.-based Centers for Disease Control and Prevention said he had been in several hospitals “that I would not characterize as overflowing … but some places are busier than others.”

Still, Haiti is particularly vulnerable to such an outbreak, said Dr. Robert Quick, a medical epidemiologist with the CDC’s waterborne-disease prevention branch and one of 34 CDC personnel in the country.

“It’s a country that has not seen epidemic cholera for decades,” he told CNN in a telephone interview. “So it’s an immunologically naive population, meaning that literally everyone is susceptible to infection. It’s a resource-poor country where hygiene and sanitary conditions are not what they could be, so this is a combination that can result in what we’re seeing now — an outbreak with many cases.”

If Haiti’s cholera epidemic follows a pattern similar to that of the last cholera epidemic in the Americas, it could produce hundreds of thousands of additional cases over the next several years, Dr. Jon K. Andrus, deputy director of the Pan American Health Organization, told reporters last week.

“We have to prepare for a large upsurge in cases,” Andrus said. “We have to be prepared with all the resources that are needed for a rapid response.”

A similar pattern in Haiti could produce some 270,000 cases, which means public health officials likely face long-term challenges in Haiti. “The bacteria have a foothold in the rivers and the water system, so it will be there for a number of years,” he said.

Still, he said, the cholera epidemic need not interfere with the Haitian general elections scheduled for November 28.

“There is no reason to expect the elections to have a negative impact on the cholera epidemic,” said Andrus. “And in fact, the Ministry of Health is planning to use the occasion to disseminate prevention messages to the population. It will help prevent the spread of infection.”

The United Nations, which has appealed to international donors for $164 million in aid, said it anticipates as many as 200,000 people to be sickened with cholera over the next six to 12 months.

Symptoms of cholera, an acute, bacterial illness caused by drinking tainted water, can be mild or even nonexistent. But sometimes they can be severe: leg cramps, profuse watery diarrhea and vomiting, which can cause rapid loss of body fluids and lead to dehydration, shock and death.

Such an outbreak would be unlikely to occur in a developed country like the United States because it has water-treatment facilities and sewage systems, according to the CDC’s Quick.

“We may get imported cases, but they’re not going to take hold and turn into an outbreak. It’s just not as likely,” he said.

The facts are quite simple.

The Nepalese Battalion arrived in Haiti, leaving their homelands as a Cholera outbreak occurred there. Some of the soldiers sent to Haiti were infected.

They should not have been dispatched to Haiti, because of the possibilities of infecting a population that was Cholera free.

In any event, they arrived and their shit was collected by a disposal company SANCO – owned by Elizabeth Delatour and Jude Celestin. SANCO trucks were photographed dumping the Nepalese contingent’s shit into the Artibonite River System. Even if there was no Cholera, this action was a certain guarantee of bad infections and diseases all along the Artibonite Syste, used by millions for their water needs. Remember that over 50% of the child fatalities, under the age of 5 are due to contaminated water supplies. And here we had the First Lady’s disposal company contaminating the water supply.

I suppose this means it is politically sensitive and it is when you have the President’s wife killing small children, with total indifference.