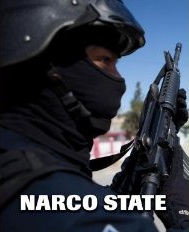 PORT-AU-PRINCE, Haiti (AP) — The United Nations peacekeeping mission in Haiti said Monday that it is investigating a second death of a Rwandan police officer in as many weeks, adding that it believes the deaths are related.

The statement said that Aloys Nsengiyumva fatally shot Bisangwa and fled. The two were part of a police unit that was deployed to Haiti in December 2011.

The UN force didn’t provide a motive for the shooting.

The two were involved in the drug business and got at cross purposes with some associates. MINUSTAH people have been involved with the cocaine and kidnap businesses for years.