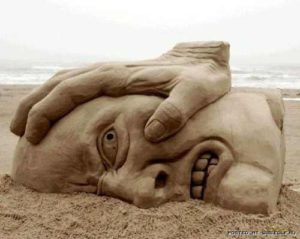 By TRENTON DANIEL Associated Press PORT-AU-PRINCE, Haiti — Haitian National Police forces have used illegal excessive force against prisoners and it may have been such abuse that led to the deaths of at least nine people in the capital, the United Nations contends in two reports published Tuesday.
The reports by the Office of the High Commissioner for Human Rights and the human rights section of the U.N peacekeeping mission in Haiti focus on investigations involving 20 members of the police force who may have committed abuses in six separate incidents.Of particular concern: A 44-year-old man who was beaten to death inside a police station in the presence of senior officers. The allegations come as the country still struggles to recover from a massive earthquake that struck two years ago next month.”The success of post-earthquake reconstruction, and even the willingness of the international community to contribute financially will be affected by trends in security and law enforcement,” one of the reports said. “
The (national police force) is an essential institution for Haiti’s security and stability.”Police chief Mario Andresol said he welcomed the watchdog role of the U.N. and other groups in helping the police force become more professional but added that his senior officers take action to stop abuses.”In any cases we’re informed about, we’ve taken disciplinary measures,” Andresol told The Associated Press by telephone.Some of the officers cited in the report have been arrested and are awaiting trial, Andresol added. He also noted that a few cases shouldn’t be viewed as representative of the entire force.Still, the U.N. reports contend that police leaders have not taken enough action against officers suspected of unlawful killings and torture.
In some cases, accused officers were suspended and detained as investigations were launched, the reports say, but none has been convicted.In several cases, the suspended police personnel resumed their functions even before the investigations into their conduct were concluded, according to the reports.The summaries were compiled after the U.N. human rights section in Haiti received multiple complaints of killings, including summary executions, allegedly committed by officers from the Haitian National Police beginning in October 2010.The human rights section investigated the deaths of eight people allegedly at the hands of 16 Haitian police officers in the metropolitan area of the capital, Port-au-Prince, between October 2010 and May 2011.In one case, three men were stopped on a night in March by police as they hung posters for a leading candidate in the runoff for this year’s presidential elections. Police forced two of them into a vehicle and the third left.The campaign workers, Jeune Sterson and Louis Frantz, were then taken to a police station.Witnesses told U.N. investigators that an officer said “zero” and made a sign of the cross, police slang meaning that the arrested men were to be killed.Their bodies were found the next day.
Several days later, six officers were detained and a criminal justice investigation was opened.”The (human rights section) believes there are reasonable grounds to suspect that (police) officers killed Jeune Sterson and Louis Frantz in what could amount to summary executions,” the report said.This and four other incidents represent only a portion of deaths that allegedly occurred at the hands of police in the past year, the report said.The second U.N. report contends that two men, Serge Demosthene and Feckel Plaisimond, were illegally arrested and tortured in the Petionville police station to make them confess their guilt in the June 2011 slaying of Guiteau Toussaint, a prominent banker who was the director of the National Bank of Credit.Plaisimond was released after several months of detention. But Demosthene was brought unconscious, 12 hours after his arrest, to the general hospital in Port-au-Prince and pronounced dead on arrival.
He died as the result of being beaten in front of senior officers, the report said.The national police force has only 8,000 officers in a country of 10 million. There have been efforts by the U.N., the Canadian government and others to reform the agency.In an unrelated case, 13 police officers are currently on trial for their role in a 2010 prison riot in southern Haiti that left at least 10 inmates dead. A verdict is expected next month.The case is being regarded as a test of Haiti’s justice system, which is seen as corrupt and dysfunctional.