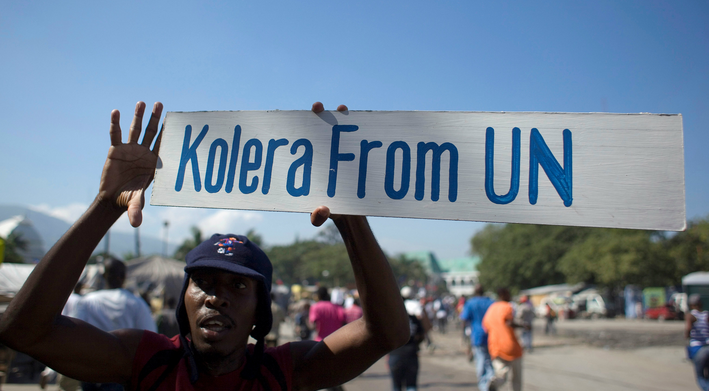 U.S. Should ‘Assert Moral Leadership,’ Contribute To Efforts To Address Cholera In Haiti

“Late last year, Secretary-General Ban Ki-moon offered an apology for the U.N.’s role in bringing deadly cholera to Haiti … Ban’s long-awaited apology came with a promising plan to help victims of the savage epidemic, called ‘The New Approach,’ which envisions spending $400 million to support survivors and address the nation’s crumbling water and sanitation systems. But fund-raising — based thus far on voluntary contributions — has brought in only two percent of that total. As of last week, donors included South Korea, India, and Liechtenstein, among others, but not the United States. Without assessed contributions from member nations, the future looks grim indeed. Advocates and rescue workers estimate another 30,000 people in Haiti will get cholera this year. … Although it’s sometimes hard to discern who is in charge of foreign policy in Washington, there is still time for the U.S. State Department to assert moral leadership and contribute to the effort to break this cycle of failure in one of the poorest nations in the world” (3/27)