The Haiti Information Project recently published a short article reporting that the Provisional Election Council (CEP) had allowed the Fanmi Lavalas party to register to run in elections scheduled for early 2010. According to reliable sources an original document requested by the CEP and signed by Aristide was delivered to the offices of the council shortly after 1:00 pm on November 23. There was no indication on the part of the CEP or the Fanmi Lavalas party that anything was amiss in the process and it appeared a fait accompli.

Three days later the CEP would publish the names of those political parties allowed to participate in the elections and the Fanmi Lavalas party did not appear on the list. The CEP now clings to the same flimsy excuses it used to exclude Lavalas in the Senatorial race. The party did not meet all the legal requirements to register followed by incoherent legal opinions masking their true political intent. 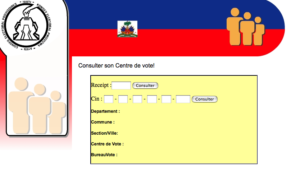 What of the silence of the Organization of American States (OAS) in Haiti today? While the OAS takes a principled position on not recognizing bogus elections sponsored by the coup regime in Honduras their silence is deafening concerning the CEP  in Haiti. Where are the OAS lectures to the Preval administration about the necessities of democratic inclusion and free elections in the hemisphere?

All of this begs the question, what does the US and the international community have to fear that they would not condemn Preval and his handpicked CEP for excluding them from the political process? It must preoccupy them greatly that after three years of hellish repression, thousands killed, arrested or forced into exile, that the polls would expose their ultimate justification for Aristide’s removal and United Nations forces occupying Haiti.

4 thoughts on “Two-faced Democracy in Haiti”