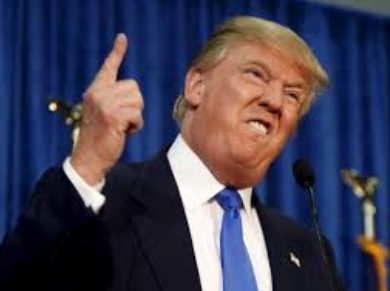 German government tries to fight off aggressive takeover bid by US, say reports

The Trump administration has offered a German medical company “large sums of money” for exclusive access to a Covid-19 vaccine, German media have reported.

The US president had offered the Tübingen-based biopharmaceutical company CureVac “large sums of money” to gain exclusive access to their work, wrote Die Welt.

According to an anonymous source quoted in the newspaper, Trump was doing everything to secure a vaccine against the coronavirus for the US, “but for the US only”.

The German government was reportedly offering its own financial incentives for the vaccine to stay in the country.

When approached about the report by the Guardian, the German health ministry would only confirm the accuracy of the quotes attributed to one of its spokespersons in the article.

“The federal government is very interested in vaccines and antiviral agents against the novel coronavirus being developed in Germany and Europe,” the spokesperson quoted in the original article had said. “In this regard the government is in an intensive exchange with the company CureVac.”

The German health ministry spokesperson declined the opportunity to correct any inaccuracies in Die Welt’s account.

With its headquarters in the south-western German city of Tübingen, CureVac also has sites in Frankfurt and Boston in the US. Linked with the German health ministry, it works closely with the Paul Ehrlich Institute, a research institution and medical regulatory body that is subordinate to the German health ministry.If you have been affected or have any information, we’d like to hear from you. 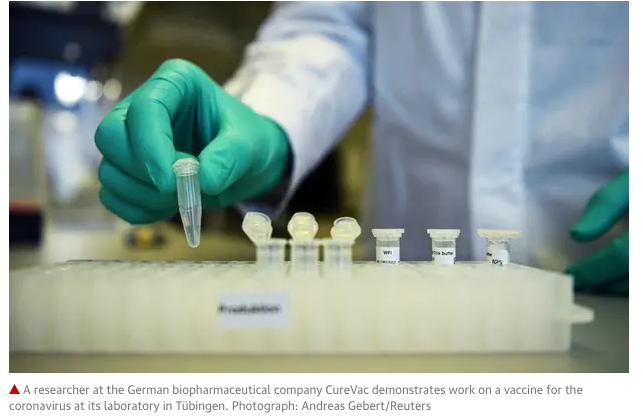 You can get in touch by filling in the form below, anonymously if you wish or contact us via WhatsApp by clicking here or adding the contact +44(0)7867825056. Only the Guardian can see your contributions and one of our journalists may contact you to discuss further.

On 11 March, CureVac released a statement that its CEO, the US citizen Daniel Menichella, was unexpectedly leaving the firm and would be replaced by the company’s founder, Ingmar Hoerr.

At the start of the month, Menichella was invited to the White House in Washington to discuss strategy for the rapid development and production of a coronavirus vaccine with Trump, the vice-president, Mike Pence, and members of the White House coronavirus task force.