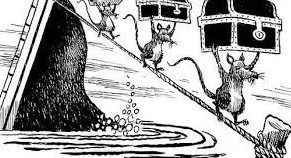 Note: The Miami Herald and McClatchy news sites have lifted the paywall on this developing story, providing critical information to readers.

Despite the positive test for COVID-19 from a passenger who had disembarked days earlier, thousands of people were allowed to leave a cruise ship in Miami on Sunday without undergoing medical screening.

The former passenger got off the MSC Meraviglia in Miami on March 8 after an eight-day Caribbean cruise, leaving 103 passengers and the ship’s crew aboard for the next voyage. Four days later, after the ship had sailed with thousands of additional new passengers aboard, the Public Health Agency of Canada informed Broward-based MSC Cruises that the former passenger had tested positive.

Once it received the result, the company said it isolated in individual cabins seven crew members who had been in close contact with the passenger. But instead of holding the ship off the Florida coast and testing people on board for COVID-19, the disease caused by the novel coronavirus, MSC said U.S. health authorities cleared it to dock Sunday and disembark passengers as normal.

The docking in Miami is a sharp contrast to the protocol in California, where a former passenger of the Grand Princess cruise ship tested positive in early March after disembarking. In that case, the California health department and the U.S. Centers for Disease Control and Prevention tested 46 people on board while the ship and thousands of passengers and crew idled off the coast for three days; 21 tested positive, 19 of them crew. U.S. health authorities said they transferred people who needed medical care to hospitals and all other American passengers to Air Force bases or hotels in California, Texas, and Georgia for a two-week quarantine.

In the case of the Miami ship, MSC Meraviglia, no one on board was tested for COVID-19 and 3,877 passengers disembarked freely at PortMiami on Sunday. Many went directly to Miami International Airport for flights home. 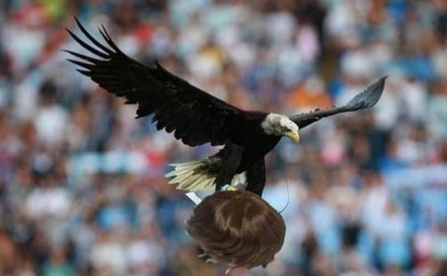 A passenger from South Carolina who disembarked early Sunday morning said he received a letter from the company under his door on Friday advising him that the former passenger had tested positive. He requested his name not be used because he attended the cruise on business and doesn’t want that business jeopardized.

“If we have it, it’s going to spread throughout the country,” he said from his home in South Carolina. “When I say there was no check, there was none whatsoever. I expected us to have some kind of a screening. They didn’t do a single thing. We walked straight off the ship. There wasn’t any check on anyone for anything.”

He said he is going to try to get tested as soon as possible.

MSC said no one on board has symptoms of the disease.

“We worked closely with the Health Authorities in Canada, the U.S. Centers for Disease Control and Prevention (CDC) and PortMiami and followed all protocols as required,” said MSC Cruises spokesperson Alyssa Goldfarb via email. “MSC Meraviglia received clearance after health authorities reviewed all the necessary documentation regarding the health of passengers and crew on board today and throughout the cruise.”

But a spokesperson for PortMiami, Andria Muniz-Amador, said the Port Director Juan Kuryla and Mayor Carlos Gimenez’s office “are not aware of any cruise passenger testing positive of COVID-19,” and referred questions to the Florida Health Department.

The CDC did not respond to multiple requests for comment. The Florida Health Department said it was not notified by the CDC of the former passenger’s positive test result.

Two passengers who disembarked Sunday said that crew members took their temperatures before they got back on the ship at every port — Ocho Rios, Jamaica; Grand Cayman, Cayman Islands; Cozumel, Mexico; and MSC’s private island in the Bahamas, Ocean Cay.

A crew member from the Philippines on board the ship who requested anonymity for fear of retaliation from the company said MSC is sending some crew home Sunday after the company canceled all U.S. cruises through April 30 this week. He said the company still hasn’t communicated with crew about the former passenger’s test result.

“I hope later they will clarify everything cause we are worried so much,” he said via Facebook messenger.

There are 13 cases of COVID-19 in Miami-Dade and 36 in Broward as of Sunday afternoon.