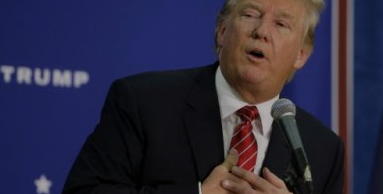 Not always in a good light, Haiti, in her unique peculiar way, has always managed to make headlines in the world’s news cycle. This past U.S. election, for the first time, a Republican president hopeful, now sitting President Donald Trump, visited Little Haiti, promising to be the Haitian-American community’s champion.

The Huffington Post, on Nov. 12, raised a correlation between the Little Haiti visit and Trump’s Florida win. The visit sparked a healthy and emotionally charged dialogue within our community. Now that Donald Trump is the most powerful man in the world, many are asking what a pro-Haitian American agenda should look like.

“Tabula rasa” is what is suggested as one way to move forward and eradicate the grips of the oligarchy and the small clan of corrupts — Haitian politicians involved in drugs and money laundering. This new Haitian government will be nothing short of the continuation of the Clintonian era, which was tainted by corruption, cronyism and favoritism at the expense of the plight of poor Haitian people, a large sector maintains. Such a draconian approach is not new at all, since former President George W. Bush tried it himself by imposing ex-prime minister Gerard Latortue in February 2004. Trying to settle political scores can only result in chaos. This is one temptation the Trump administration should not give in to.

Haiti is a failed state and therefore poor. Like in any failed state, corruption is rampant. The state’s institutions are weak and feeble. The economy is stagnant and only works for a small group of people. Far too often — conveniently and deliberately — the international community has tried to concoct a political solution sans fin, knowing very well that economic development is the only viable option. This fundamental piece of the puzzle is where members of the American & Haitian Economic Alliance for Development (AHEAD) think President Trump should place his focus.

Besides Cuba, Haiti has the largest ethnic group of immigrants to the U.S. Many of these immigrants’ sons and daughters have been educated in the best U.S. universities and are now serving in higher-capacity levels of corporate America. They are in fact, the finest product of the American system, also willing to give back to their country.

Dumbfounded by the accelerated rhythm that Chinese companies were able to secure projects worth hundreds of millions of dollar in Haiti in the last seven years, these young professionals are very alarmed that Haitian American companies were denied the same opportunities. The last report of the World Bank revealed a 4.1 percent contraction in the Haitian economy. The Haitian-American diaspora should not agree to be discounted and watch as the country is mismanaged. Haiti is in serious need of capital. Such capital will not come without the willingness of this new government to overhaul her corrupted institutions, debts and closed-economy model.

The diaspora expertise comes in readily to help shape these lame institutions and craft a structural debt repayment plan, which will help restore the Haitian economy. Such a program will promote sustainable, high-paying jobs and commerce flow in both countries. And that is where President Trump could best serve as our champion.