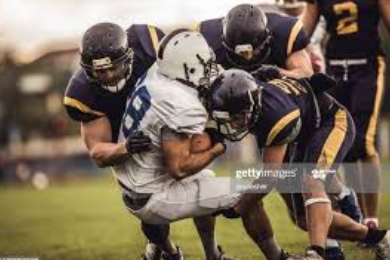 President Trump spent a portion of Sunday’s press briefing yet again promoting an unproven treatment for the novel coronavirus, repeatedly asking, “What do we have to lose?”

Toward the end, a CNN reporter turned to Anthony S. Fauci, director of the National Institute of Allergy and Infectious Diseases, for his opinion on the effectiveness of hydroxychloroquine with a sharper question: “What is the medical evidence?”

Standing at the microphone, Fauci opened his mouth — but before he could speak, the answer came out of Trump’s instead.

“Do you know how many times he’s answered that question?” Trump cut in. “Maybe 15.”

A tight smile stretched across Fauci’s face. His eyes, framed by a pair of wire-rimmed glasses, flicked quickly to Trump. He glanced back at the reporter, who was saying to the president, “The question is for the doctor. … He’s your medical expert, correct?”

Fauci’s smile, for just a moment, was all teeth now. Trump raised his finger sternly, telling the journalist, “You don’t have to ask the question,” and so Fauci didn’t answer it, and the news conference shuffled right along.

The unexpected interruption was an extraordinary moment even in this season of brash behavior exhibited by the president during his daily briefings. While Trump has been at odds with Fauci in the past, repeatedly clouding his administration’s public health messaging, the president has never shut down his top medical expert so abruptly and publicly before, intervening to keep him from answering. In other contexts, the president routinely calls on Fauci for medical questions.

But had he been permitted to speak, Fauci’s answer, which he’s given many times, probably would not have tempered Trump’s enthusiastic endorsement of the antimalarial drug as a potential treatment for covid-19. Trump, advised by his lawyer Rudolph W. Giuliani, among others, has touted the drug for weeks.

Virtually every time, Fauci has warned there is so far no definitive medical proof the drug is an effective treatment and has cautioned that it is still being studied.

“As I’ve said many times … the data are really just at best suggestive,” Fauci said when asked about the drug’s potential to prevent coronavirus during an appearance on “Face the Nation” just hours before Sunday’s briefing. “There have been cases that show there may be an effect and there are others to show there’s no effect, so I think in terms of science, I don’t think we can definitely say it works.”

Separately, the president of the American Medical Association, Patrice Harris, toldCNN anchor Wolf Blitzer on Sunday she would not prescribe hydroxychloroquine if she had a coronavirus patient, cautioning against Trump’s “What do we have to lose?” rationale. The drug’s well-known side effects can cause fatal heart problems in patients who are taking other drugs that affect the heart’s rhythm, such as antidepressants, or who have existing heart issues.

“You could lose your life,” Harris said. “It’s unproven. And so certainly there are some limited studies, as Dr. Fauci said. But at this point, we just don’t have the data to suggest that we should be using this medication for covid-19.”

The different messaging about the drug from the president and his top medical expert sets up a potentially confusing clash of advice on the pandemic. Last week, the Food and Drug Administration gave emergency approval to the Trump administration’s plan to distribute millions of doses of antimalarial drugs including hydroxychloroquine to covid-19 patients, despite the fact that no substantial clinical trials have been completed. Using its emergency powers, the agency reasoned that trying the unapproved treatment outweighed the risks.

Trump on Sunday said “we have no time” to do lengthy studies on the drug, saying he fears people may die without it and, “if it does work, it would be a shame if we didn’t do it early.” He told people they still needed a physician’s approval but that personally, “I’ve seen things that I sort of like.”

“What do I know? I’m not a doctor. But I have common sense,” he added.

He has put more stock in hydroxychloroquine than Fauci and other leading medical experts, having previously described the drug as possibly one of “the biggest game-changers in the history of medicine.”

But those optimistic statements have sharply contrasted with Fauci’s.

Fauci has repeatedly found himself tasked with trying to keep Trump’s statements rooted in fact — a role that often puts the scientist in the awkward position of having to publicly contradict the president.

“I can’t jump in front of the microphone and push him down,” Fauci said, referring to Trump. “Okay, he said it. Let’s try and get it corrected for the next time.”

Though Fauci stressed in the March Q&A Trump does listen to him “on substantive issues” related to coronavirus, that has not appeared to be the case when it comes to the efficacy of existing drugs as treatment.

Since mid-March, Trump has privately and publicly pushed unproven or experimental drugs as “cure-alls,” The Washington Post reported. Trump has on some occasions even taken advice about the effectiveness of experimental treatments from Giuliani, his private lawyer, who has morphed into the president’s unofficial science adviser, The Post reported Sunday.

One person familiar with official coronavirus task force discussions recently told The Post the president “wants this magical moment when this is all over.”

Fauci, however, has sought to tamp down such assertions in public statements and interviews, assuring people “there’s no magic drug out there right now,” as he said during a CNN town hall on March 20. His unwavering stance may be best illustrated by his exchanges with conservative media personalities, several of whom have tried to get the scientist to promote the drug on their shows in recent weeks.

On March 24, for example, Fox News host Laura Ingraham asked Fauci if he would “feel comfortable” taking hydroxychloroquine if he were diagnosed with coronavirus.

“I’m a believer in a clinical trial,” he responded. “I might take one of those drugs, but I’d do it within the auspices of a controlled clinical trial.”

Then in a Friday appearance on “Fox & Friends,” Fauci pushed back against mention of a study conducted in Wuhan, China, where the virus originated, that reported a handful of patients with mild cases saw improvements in their conditions after receiving hydroxychloroquine.

“That was not a very robust study,” Fauci said, noting that while “it is still possible that there is a beneficial effect,” the research was only “an indication, a hint of” the drug’s potential.

He was equally skeptical of another study brought up by host Steve Doocy in which researchers surveyed 6,200 doctors in 30 different countries and found that 37 percent of respondents chose hydroxychloroquine as the “most effective therapy” for coronavirus out of more than a dozen other options.

“Thirty-seven percent of doctors feel that it’s beneficial,” Fauci said. “We don’t operate on how you feel. We operate on what evidence is and data is.

“I think we’ve got to be careful that we don’t make that majestic leap to assume that this is a knockout drug,” he continued. “We still need to do the kinds of studies that definitively prove whether any intervention, not just this one … is truly safe and effective.”

The battle between Fauci and Trump’s allies touting the promise of the antimalarial drugs appeared to culminate over the weekend in what Axios described as an “epic White House fight.” The heated confrontation reportedly played out between Fauci and the president’s trade adviser, Peter Navarro, who touted various studies on the drug; Fauci has found those studies insufficient, according to the Sunday report from Axios citing anonymous sources, which was later corroborated by the New York Times.

Fauci isn’t the only medical expert who has attempted to temper efforts to push unproven drug therapies for coronavirus.

In a joint statement last month, the American Medical Association, American Pharmacists Association and American Society of Health-System Pharmacists said they “strongly oppose” prescribing and hoarding medications that may be used to treat the virus.

“It’s a dangerous message for someone without a medical license to get up there and tell people to try it,” Phillips said, according to the Guardian. “You need to listen to physicians, people who understand science, before you go willy-nilly into the medicine cabinet.”

On Sunday, as the number of coronavirus cases in the country soared and the U.S. surgeon general warned Americans are about to experience “the hardest and saddest week” of their lives, Trump and Fauci were united on at least one front: “The most effective weapon in this war,” as the president put it, is not catching the virus.

On this note, Trump nodded in agreement.