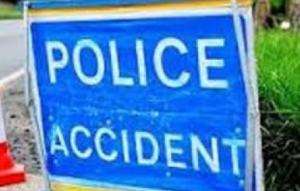 PORT-AU-PRINCE, May 4 ― A truck filled with food and street vendors overturned yesterday in Haiti, killing 23 people and wounding two dozen others.

“The passengers were crammed inside the vehicle surrounded by products,” the parent of a victim said after the crash in the southern town of Roseaux. About 50 vendors were riding inside the truck.

Dady Montine, who heads the local health department said 17 bodies were recovered on site and six people died as they were being transported to Jeremie hospital in Grand’Anse hospital.

“The truck was really overloaded,” said Montine, who sought outside help to treat the many people who were wounded in the accident.

“We welcomed about two dozen wounded people, including a dozen with serious fractures. We don’t have any specialists or equipment to treat the wounded.”

Some had to be transported urgently to another hospital located about 60 kilometres (40 miles) away. ― AFP