And seven Venezuelans died in a Caracas slum due to heavy rains from the storm.

“Tonight we don’t know where we are going to sleep,” said Bresil Vignion, standing in the wreckage of his family’s tin shack.

With the hurricane season months from being over, Haitians are vulnerable.

“We hope we don’t get a second one like it,” said Patricia Pierre-Saint, 47, who lost her home, child and husband in the quake.

In Venezuela, authorities said the seven died after their home was flooded.

We lose people with most big storms….but they die unnoticed.

Yesterday’s storm was so violent that media people actually looked for the results, and found a few. More died than was reported.

And, the situation continues to worsen as Bill Clinton, and others, broker deals in Haiti and look for big commissions.

Hundreds of millions – in commission – are being made while the Haitian people wait for tangible results. Clinton and Ban Ki Moon, along with others…urge patience. This is a major undertaking – the reconstruction of Haiti – and it takes time to arrange confidential wire transfers of commission payments into the criminals’ bank accounts. 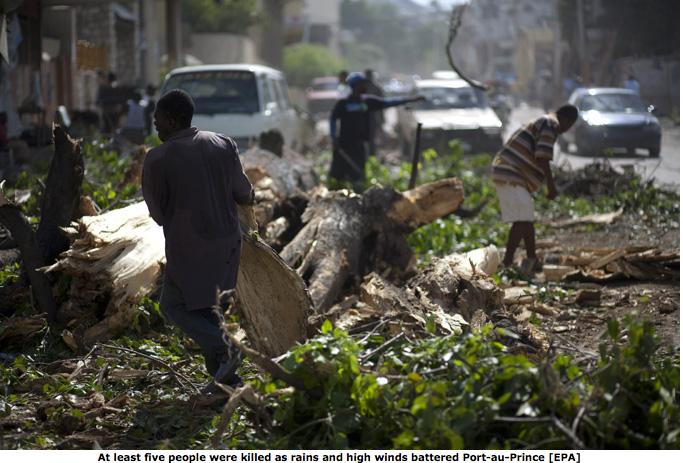