Kevin Edmonds
The Other Side of Paradise
April 11, 2013

In the most trying of times, it is often said that it becomes much easier to tell real friends from the fake. Since the announcement by United Nations General Secretary Ban Ki Moon, claiming that the U.N. has legal immunity when it comes to their role in introducing cholera to the country, the Haitian people are currently learning that, outside of Cuba, even supportive words are hard to come by within the rest of the Caribbean Community (CARICOM). 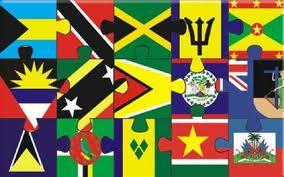 By now it has become widely accepted that the U.N. was responsible for introducing cholera into Haiti during October 2010 via negligent screening protocols and waste management at their base in Mirebalais. Prior to the arrival of the U.N. troops in Mirebalais, Haiti had not suffered an outbreak of cholera in their recorded history. Numerous independent medical studies have established that Nepalese troops were the source of the outbreak—with this much being admitted by U.N. Special Envoy for Haiti Bill Clinton of all people. Despite the evidence and high-level admissions of guilt, the U.N. is covering itself by invoking Section 29 of the Convention on the Privileges and Immunities of the U.N.

While CARICOM is far from being the most influential player in global politics, in a situation such as this their words can still have a great deal of power and importance. A statement of solidarity in condemnation of the lack of accountability and respect shown by the U.N. in Haiti would at least make it clear that they do not accept one of their members being treated in such a manner. As it currently stands, it is impossible to tell one way or the other what the 15 member nations of CARICOM think. Without exaggerating, in this case, their silence is indeed deadly.

In an interview with the Guardian, Nicole Phillips of the Institute for Justice and Democracy in Haiti put things into a sobering perspective, reminding readers that almost three times as many people had died in the continuing cholera crisis as in the terrorist attacks of 9/11. Yet there has been no announcement or official statement on behalf of CARICOM calling on the U.N. to take responsibility and rectify the situation, which has claimed the lives of more than 8,300 people so far.

The most vocal critic within the region has been former Jamaican Prime Minster P.J. Patterson, who remarked that “It is simply appalling, a most reprehensible behavior . . . for the UN to claim such immunity. . . . The more so when scientific evidence substantiates that the cholera epidemic was originally introduced in Haiti at the time by peace-keeping soldiers (from Nepal) under U.N. command.”

Whether it comes from the mouth of Haiti’s Michel Martelly, who is currently acting as the head of CARICOM, Jamaican Prime Minister Portia Simpson Miller, or the leaders involved in the anti-imperialist ALBA bloc such as Roosevelt Skerrit, Ralph Gonsalves or Baldwin Spencer—the leadership of the Caribbean must speak up for Haiti.

This is not to say that CARICOM has not taken important stands to speak out against injustice in the past. Indeed, CARICOM has come out before and strongly condemned the 2009 coup in Honduras, denounced the 2004 overthrow of Aristide, and continually denounces the U.S. blockade against Cuba. The question is, why the silence on the U.N.’s role in bringing cholera to Haiti?

It is not as if the U.N. does not have money to fund the proposed initiative to combat cholera. Instead, they are choosing to spend it in incredibly problematic ways. The most prominent example being that the current military operation of the U.N. in Haiti, known as MINUSTAH, has an annual budget of nearly $700,000,000. If this money from the U.N. were redirected towards a war on eradicating cholera, it would start to save lives instead of taking them. As such, CARICOM shouldn’t want to be remembered for staying silent during such an important moment.