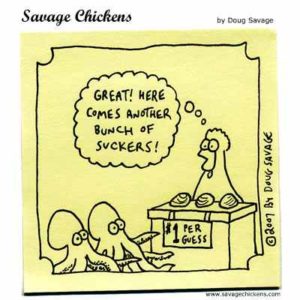 On my first unsupervised trip on the subway to the city with high school friends to see a White Sox game, we were approached by a con artist. A group of suburban white kids decked to the nine in Sox paraphernalia, we were an easy mark. The point of the con is to find the most gullible in the room and distract them by focusing attention every which way but the ball itself. The best con artists will also let out a small victory now and then to get people to up the ante.

That unfortunately is the best way to describe what’s going on in Haiti. The international community and the mainstream media have successfully focused our attention away from the harsh realities of life in the camps, and the failures of international aid to bring some real relief and reconstruction.

The Ministry of Health reported that as of January 24, over 4,000 people died from cholera.

Even at the most conservative estimates put out by the International Organization for Migration, 810,000 people are still living in beat up, ripped, muddy tents or tarps in sun-beaten, muddy, crowded, trash-ridden Internally Displaced People (IDP) camps. This low number is cited as a sign of progress, the “light at the end of the tunnel.”

Why mention these two together? In short, these two phenomena are directly related. I recently published a report “Met Ko Veye Ko,” about the lack of progress in the IDP camps following the cholera outbreak. Here are some highlights:

Despite this outbreak, and the millions in new pledged aid to Haiti to combat the disease, very little progress has been made two and a half months following the outbreak. Using the random sample of 108 IDP camps from this summer, a team of three State University of Haiti students investigated 45 camps that lacked either water or toilets from the summer. The results show a minimum of progress: 37.6 percent instead of 40.5 percent still do not have water, and 25.8 instead of 30.3 percent of camps still do not have a toilet. The little progress registered was concentrated in Cité Soleil because of a coordinated, government-led process.

The cholera outbreak – combined with the continued lack of services – is a key factor in the rapid depopulation of the IDP camps. According to the IOM only 810,000 remain as of January 7. One in four camps researchers visited disappeared since the last visit, eight because of IDPs’ fear of cholera, and three because of landowner pressure.

The situation is dire; in one Carrefour camp, Ti Kajou or “Bato,” people need to go to the bathroom in the open air, on a pile of refuse that is never cleaned, 20 meters away from the shelters. Not surprisingly, of 350 people in the camp, 33 had already contracted cholera as of January. The photos on the cover are of this camp.

In the camp on the Carrefour City Hall campus in Diquini, people throw their feces wrapped in plastic bags on top of a rubbish pile that is between the camp and the newly-created Center for Cholera Treatment, only meters away from either.

Given the lack of progress, some camp residents have taken matters in their own hands. In a camp called OSCRAH in Carrefour, residents have installed five latrine toilets on their own, and their own committee members clean it up every day, so they are in good condition.

The more common response to the lack of sanitation services following the cholera outbreak was to leave. One camp in Tabarre, Levi, is a shell of its former self: only 30 of 486 people remain following the cholera outbreak. The camp never had a toilet, so people went to a neighbor’s house. Neighbors’ generosity has limits, especially after the outbreak of the fecal-borne disease. The same is also true of the camp at CAJIT in the Paloma neighborhood of Carrefour. Neighbors are increasingly less willing to share their toilets, so the 1600 residents still there have no recourse but to use plastic bags and throw them to the abandoned convent next door.

All of this is to say that much more progress needs to be made, not only in the aid delivery but the coordination. NGOs need to be more transparent and accountable, and the ongoing political crisis stoked anew by the entrance of former dictator Jean-Claude Duvalier should not be an excuse to prevent aid from being delivered or life-saving water contracts renewed. As long as people are living under tents, especially during the outbreak of cholera, water and sanitation services are absolutely essential.

No small reason for this lack of progress and the gaping holes in the coverage is that donors are slow to keep their promises, and according to the Chronicle of Philanthropy, NGOs have only spent 38% of private donations collected. NGOs continue to not cooperate and coordinate, or even inform the government. Worse, most have very little transparency, according to the Disaster Accountability Project.

All this is to say nothing about how cholera arrived in the first place.

A disturbing reality is that the best hypothesis – still not disproven, to date – that responds to all the facts are that occupying U.N. troops brought it to Haiti:

[photo: Mark Schuller. Graffiti near the National Palace defining cholera as “complicity between NGOs and the state to eliminate the rest of Haitians who didn’t die on January 12.”]

1) Haiti has not had an outbreak of cholera in over 100 years, despite a recent outbreak in several Latin American countries.

2) According to the New York Times, the CDC established that the strain was not of Western Hemispheric origin, but compared to South Asian strains studied.

3) According to an article in the New England Journal of Medicine, Nepal had three outbreaks of cholera in the summer of 2010.

4) The Nepalese troops had just begun their tour of duty in October, just before the outbreak.

5) As reported by the BBC, the sewage at the Mirebalais U.N. base was confirmed to be leaky. There is speculation that the contractor to provide maintenance has ties to the Haitian first lady, ex-wife of Leslie Delatour, primary author of neoliberalism in Haiti.

6) As the AFP reported, the world’s leading expert on cholera, French epidemiologist Renaud Piarroux, said that the first cases of cholera were immediately downstream from the U.N. base in Mirebalais. Mysteriously, the full report which would presumably share this conclusion, has not been publicly released to date.

7) While the U.N. claimed that the Nepalese troops were tested for cholera, and half of the countries comprising MINUSTAH have had recent outbreaks of cholera, and the tests are notoriously fallible with many false negatives, this claim was later found to be false, according to the BBC.

Given all this evidence, and the U.N.’s need to work with the Haitian population to fulfill their mandate, not to mention the continued racist swipes at Haiti as being carriers of disease (one of the “4-H” high-risk categories for HIV/AIDS in the 1980s, for example, clearly disproved by Paul Farmer and others), the responsible, ethical, thing to do is to apologize.

Sadly, no apology seems forthcoming. Instead, people are dismissed as “conspiracy theorists.”

Rather than come clean on cholera, we are witnessing a confusing set of maneuvers with OAS or U.S. Government’s full backing, with the elections still in limbo, a notorious dictator returning to the country to try and claim $5.6 million in funds stolen from the Haitian people now publicly attempting to re-write history, it is almost like a theater of the absurd.

The discourse of Haiti being ungovernable is quickly becoming a self-fulfilling prophecy as ambitious individuals are encouraged by official diplomatic signals to pursue their own selfish ends. All the while, world citizens are being distracted from the failures of the international reconstruction, the camps and cholera.

Like a good con artist, the U.S. / OAS let slip a minor victory to the “people” — assuaging fears of a full-blown constitutional crisis by strong-arming President Préval to pull his candidate from the runoff election (never mind that with full support from the international community these elections were rushed, hundreds of thousands of people and the most popular political party excluded). To too many people who are not paying attention, this was enough: problem solved. Score one for Western diplomacy and democracy against the backward Haitian political class (if people can even distinguish this magouy from the vast majority just trying to survive).

Meanwhile, people are still dying of cholera that has not yet reached its peak. That things are not moving ahead is not debatable. However, actors such as the U.N., bilateral donors, and international NGOs continue to point the blame elsewhere, particularly the Haitian government and even the Haitian people. This blaming the victim has to stop, if the ongoing humanitarian crisis is to be ended. The Haitian proverb explains, se mèt kò ki veye kò l: people look after their own bodies.

We in the international community need to keep this in mind, owning up to our responsibility in this man-made disaster and doing what we can to end it:

2. Donors need to be flexible with their contracts for emergency water and sanitation services.

3. NGOs need to be more open and transparent with their aid collected, and prioritize water, sanitation, and health services.

4. NGOs need to assume roles as camp management agencies in all camps, including and especially those currently without them.

5. Life-saving water and sanitation services need to be provided in the neighborhoods surrounding the camps in addition to within the camps.

7. Plans for housing need to include renters in addition to homeowners.

My friend and I only lost $49 on the con, which seemed like a lot to a fifteen year old. Haiti’s people – not to mention the world – stand to lose far, far more. To repeat, over 4,000 people have died from cholera. Over 800,000 still live in IDP camps and hundreds of thousands have disappeared from the aid system, ran scared because of cholera, and all this hailed a “success.”

I only hope that we world citizens aren’t so gullible or distracted.