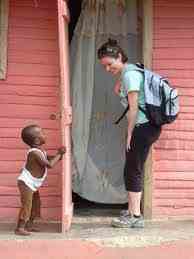 In the first detailed survey of midwifery in over thirty years, a new report published by the United Nations Population Fund (UNFPA) concludes that millions of deaths could be avoided each year in developing countries if more investment was made in midwives.

In ‘The State of the World’s Midwifery 2011’, the authors suggest countries need a minimum of 6 skilled birth attendants for every 1,000 live births. This ratio can mean 95 per cent of births are covered by a midwife helping avoid the kind of preventable complications which currently lead to over 350,000 women dying during pregnancy or childbirth and the deaths of 2 million newborns, with 2.6 million stillbirths. In the report’s foreword, the UN Secretary General Ban Ki-Moon writes that “bold steps” should be taken to provide women and children with quality midwifery services offering a “safeguard…so they may live to their full potential”.

Of the 58 countries surveyed – which accounted for less than two-thirds of all births globally, but over 90 per cent of all maternal deaths – 38 were in particular need of extra midwives. 9 of these countries had such a low number of midwives that their midwifery workforce needs to be increased by as much as 6 to 15 times.

Haiti is one of these 9 countries. Even before the earthquake in 2010, Haiti was the most dangerous country in the Western Hemisphere for a woman to be pregnant, with Haitian women facing a 1 in 47 risk of dying in childbirth. UNFPA has been working with local partners in Haiti to improve health supplies and medicines for safe deliveries, including equipment for obstetric interventions such as caesarean operations and blood transfusions. Since the earthquake, kits have been distributed to hospitals, clinics and health centres established to deal with the displaced.

UNFPA has also been working to improve delivery and newborn care by recruiting senior midwives to take up posts in Haiti for a minimum of one year. The UN organisation is also working alongside the Ministry of Health to update the midwifery training curricula and establish incentives to retain trained midwives. According to the new report, there are a mere 174 midwives in Haiti (a ratio of just 1 midwife for every 1,000 live births) and only one midwifery school. However, plans are underway to open new education facilities in the provinces.

A scale-up of midwifery services in Haiti is not only essential to save the lives of many mothers and newborns. As the new report highlights, the presence of more midwives has also been shown to improve the general health of women and children in communities, contributing to a country’s human and economic development.