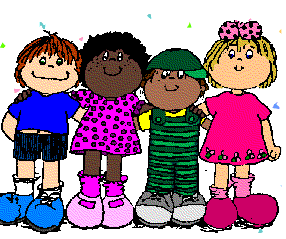 More than three months after the agreement between the teacher unions and the Ministry of National Education and Vocational Training (MENFP) http://www.haitilibre.com/en/news-7199-haiti-education-agreement-between-teachersunions-and-menfp.html , for finding solutions to problems affecting the teaching world both parties have agreed on a formal declaration of commitment to rebuilding the Haitian education system, Thursday, February 28, 2013, before the press.

Gathered at the Ministry within the framework of a working meeting around the claims of teaching sector, Winnower Pierre, Minister of Education and representatives of the trade union platform, including : the National Confederation of Haitian Educators (CNEH), the National Federation of Workers in Education and Culture (FENATEC), the Group Initiative of Teachers of Lycée (GIEL), the National Union of Educators and teachers Normaliens Haitians (UNNOEH), the National Haitians Teachers Corps (CONEH) and the National League of Teachers Haitians (LINEH) have formally agreed to continue discussions on the process of rebuilding the Haitian education system. Léo Litholu, the representative of the Union of Progressive of Students Parents of Haiti (UPEPH), also attended the meeting and proposed to play a role of mediator in order to facilitate the exchange to avoid the strikes in the sector.

For the Minister of Education, the overhaul of the education system requires, among other things, the upgrading of the teacher, so that the profession recovers its titles of nobility. Teachers constitute, he said, “”An important link in the chain education.” The Ministry recognizes their importance in the struggle engaged to improving the quality of education and wants to work on all aspects of the teaching profession. He invited all the other components of the State to support them in this process necessary to the renewal of the sector.

For his part, George Wilbert Frank, the representative of UNNOEH and Joseph René Prévil, FENATEC President, welcomed the commitment of the ministry that fits well with the approach initiated since November 14, 2012, with the resolution adopted by the MENFP and unions. Ms. Lourdes Edith Joseph, General Secretary of the CNEH said take note of this commitment of the Minister “Who manifests his will […] to contribute to changing the image of the teaching world.”

Questioned about the call to strike by teachers’ unions, the union representatives have promised to reconsider their action, taking into account this new commitment of the Ministry, adding that their action was not agaist the ministry but rather has as objective, to send a clear signal to other actors who should be involved in this action of MENFP, for the revaluation of the teaching profession, which must take into account, inter alia, the status of the teacher, the salary issue and laws to operationalize the proposed changes.

Minister Pierre hoped to reach a quick agreement with the unions to stop and avoid strike action, which may penalize students, while the number of school days is already inadequate.

Children are Haiti’s most important asset. In fact, they are the Nation’s future
and this asset is being wasted by an inefficient educational system, allowed to
deteriorate since 1986. The Aristide/Preval years saw educational standards
decline, in reality, while their propaganda machines saw the standards increase,
in unreality.

It is now time to get the situation under control and our Martelly/Lamothe team
is doing so via their Minister of Education, Vanneur Pierre.

It is not an easy task since the nation lacks sufficient teachers to meet the
challenge and it takes years to train a new teacher. And, of course, our teachers