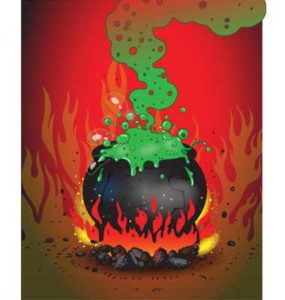 FALSE POLLS RUN BY BOULOS HEAD OF CHAMBER OF COMMERCE PUT MANIGAT, CELESTIN, MARTELLY AT TOP OF POLL WHEN CEANT, BAKER AND MARTELLY WERE THE REAL LEADERS. PREVAL FEARS CEANT WILL BE EFFECTIVE PRESIDENT WHO WILL BRING HIM TO JUSTICE FOR MANY CRIMES.

NEW ELECTION HELD WITH ALL CANDIDATES IN PROCESS.

Mired in chaos but buoyed by its people, the country awaits a new president.

Here’s what’s wrong with Haiti right now: A year after an earthquake ripped through the capital and nearby towns like an atomic bomb, killing an estimated 300,000 people, the Haitian government is wasting its limited energies politicking rather than working on a serious recovery plan. Pushed by an international community that wants to know what government it will be dealing with as promised foreign recovery monies come into the country, Haitian officials have fallen into a vortex of farcical horse-trading to determine who will next take hold of this bucking and plunging country and try to ride it into the future.

The Nov. 28 election was a failure that has only highlighted the obstacles Haiti faces in its trudge toward democracy. The nation’s president, Rene Preval, managed to exclude Haiti’s most popular political party, Lavalas, from the election. The politicking, manipulation and petty legalisms that led to this exclusion were tolerated and even supported by the international community, but the legitimacy of both the election and Preval’s presidency was sacrificed in the process. Today the controversy has devolved into a fight over which two of the three top candidates from the discredited election will be allowed to present themselves in a runoff vote to take place in the next month or so.

Through all the political jockeying, the international community has monitored, certified, counted, recounted, reported and recommended. After weeks of tension, the Organization of American States, the body most closely involved in overseeing the electoral process, finally delivered a report this month recommending which two candidates should participate in a runoff.

They are Mirlande Manigat, an educator and the wife of a former president who ruled for a few short, chaotic months in 1988, and Michel Martelly, an eccentric pop singer who got onto the electoral lists at the last moment and has run an astute campaign in the country’s urban centers. The OAS report has Jude Celestin, the candidate of Preval’s party, coming in third and thus ineligible to participate in the runoff.

In the first vote count, in early December, it was Martelly who came in third, but after those results were released, his supporters went on a four-day rampage, burning public buildings and committing other acts of violence and vandalism.

If the OAS report is accepted by the Haitian government — and there will be intense pressure for that — it could mean that Martelly will be the next president of Haiti. According to many sources, including the president himself, the international community has threatened Preval with immediate exile if he does not bow to their interpretation of election results.

Sweet Micky, which is Martelly’s stage name, is a complicated character. He’s a wild performer who has appeared in diapers and in women’s clothes on stage (though not simultaneously). A new, sweeter Micky seems to have left those days behind, and his presidential campaign focuses on competence, transparency and delivery of services, all areas in which the current administration has fallen short.

No one would argue that Preval was a great president. But he did manage to stand on the smoldering tinderbox of Haitian politics for the last five years without permitting it to explode. And he did so without resorting to visibly repressive tactics or violence.

On other fronts, Preval simply treaded water. He did not meaningfully improve the economy, or build just and democratic institutions of governance, or upgrade and modernize education and agriculture in the country. An old-fashioned Haitian politician, his laissez-faire style was appropriate to the political moment — until the earthquake came and the horror on the ground was too much for him to handle, both emotionally and practically.

Through it all, at least until the initial election results were announced in December, Haitians have been surreally patient and forbearing, even in the wake of incalculable disaster. As usual abandoned by their leaders and left to fend for themselves, they have individually tried to carve out personal and familial earthquake recovery plans. They have personally — with family and neighbors — removed rubble from their quartiers, leaving it out on the streets in front of their former homes for pickup.

But because the government has only managed to make a slight stab at rubble removal, there the rubble sits, slowly becoming part of the normal scenery in the worst-off parts of town, with market stalls doing business on top of the mess and cobwebs reaching down from the ruins of roofs and walls.

In Port-au-Prince and its environs, more than a million people are living in sordid, makeshift encampments vulnerable to flood and epidemic. These camps, which look temporary to outsiders, seem strangely permanent to those familiar with Haiti and its shantytowns, from which much of Martelly’s support derives. Indeed, many of the shacks in the new camps seem more solidly built than the squalid lean-tos of stick and tin that were the architectural norm in the sprawling bidonvilles of the capital even before the earthquake. Meanwhile, a slow but steady cholera epidemic has killed thousands.

Among all this misery, the young, blond, carefree cadres of nongovernmental organizations skitter around in their SUVs, trying to fix a few small things. They start new orphanages; they feed a neighborhood; they erect a school; they make sure Bill Clinton, the U.N.’s special envoy to Haiti, gets from one event to the next. They go out to bars and restaurants in the better parts of town.

On the anniversary of the quake last week, the difficulty of the task ahead was clear. But the character of the Haitian people was also on display, and that in the end could be the nation’s greatest asset, with competent and honest leadership.

At the destroyed St. Trinite church downtown, congregants sat under a temporary shelter and listened as the youthful church orchestra played Bach and Handel in the courtyard where many of their counterparts had been buried alive a year before. Along the national highway, hundreds of people wearing the white of remembrance danced and demonstrated in favor of Jesus and democracy.

And at a hospital in the countryside where foreign and Haitian doctors and experts manufacture prostheses and teach amputees to walk again, a young man who lost both legs in the catastrophe stood up, smiling, as a band played. Suddenly, a path was created for him by the crowd that had gathered to commemorate the quake. At a clap of the hands from one of his physical therapists, the man hobbled down two stairs and took off. Down the path he ran on his new legs, a bit winded but speedy. Everyone applauded.

The man panted, clearly pleased with himself, and then, to the crowd’s surprise, he turned and ran all the way back.

Amy Wilentz is the author of “The Rainy Season: Haiti Since Duvalier.” She is a professor in the literary journalism program at UC Irvine and is currently working on a book about Haiti after the earthquake