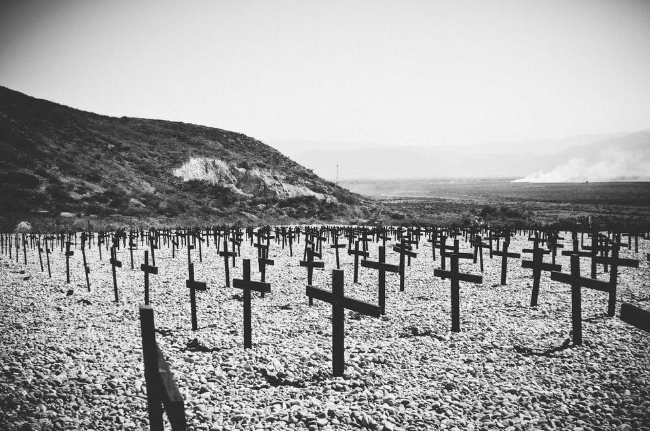 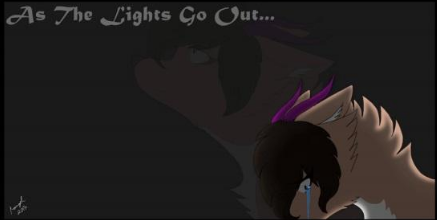 THERE IS NO RESPECT FOR THE CONSTITUTION AND INSTABILITY/CHAOS REIGNS!!!

Last night we witnessed what could effectively be the “Death of our Nation,” as a so-called Democratic society when  “A few of the Few,” namely the Senate, derailed Haiti’s entire Democratic Process with what would appear to be the complicity of Senate President Cantave. 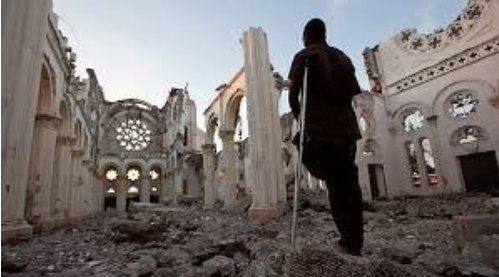 It was more humane a death than the slow, tortuous, drawn-out Death of May 12, 2019 when Don Kato did exactly as he promised the day before.

Don Kato, and his partners, Beauplan, Cassy and Pierre are set to block everything. Beauplan wants control of Foreign Affairs,  ignoring the fact that no embassy would want to deal with him, a recognized drug czar. 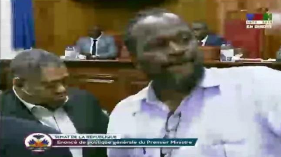 START WATCHING THIS VIDEO AT THE 2:00 POINT AND YOU WILL SEE THE REALITIES

We watched Don Kato physically attack Senate President Cantave, and Cantave sat there accepting   his humiliation, the Nation’s humiliation, each Haitian’s humiliation with hardly a blink of the eye even as Don Kato snatched the glasses from his face.

Hours later we  watched the continuously disruptive Don Kato snatch the Senate President’s “Bell” and then derail the session by continuously ringing it.

We watched as Don Kato’s associates cut power to the Senate lighting system, throwing the session into darkness, a darkness from which it may never recover.

There is more here than the simple turning off of EDH. 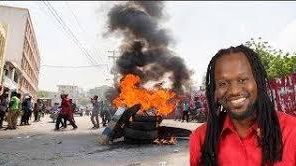 The Senate failed to function, as a Senate, when Senate President Cantave allowed the chaotic scene, without any move to control things.  !

At any moment, Senate President Cantave could have called for PNH officers to remove the disruptive elements. Watching Senator Youri Latortue’s  cousin, Dr. Cantave demean the office of the Senate President was a demoralizing event.

Youri, as Senate President would not have tolerated this. Nor would  senator Lambert, during his term as President.

With the flick of a switch, the Nation has been plunged into an unpredictable darkness that holds many dangers. There are countless Demons hidden in our unique darkness, as the already tenuous Parliamentary discipline breaks-down, paralleled by the disintegration of basic law-and-order throughout Haiti’s society.

Gangs, controlled by individuals, now threaten many areas of our cities and  countryside. They are heavily armed with expensive weapons, smuggled from elsewhere. The underpaid, often unpaid  PNH is outgunned. A simple follow up on Serial Numbers would reveal the true sources, of these weapons, but no one has bothered. Some Senators seem to maintain close contact with, or maintain control of theses gangs 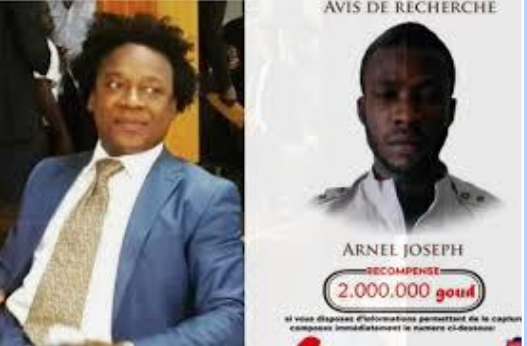 Haiti experienced  a slow death as Senator Don Kato, and a few others, such as Beauplan, Cassy, and Pierre hold the Nation to ransom. It was a truly embarrassing humiliation for Haiti’s 12,000,000 citizens to see Haiti’s millionaire Senate destroy their hope for simple survival, food for the children…. a few dollars for school expenses. 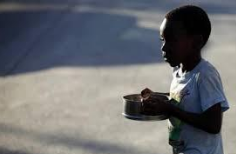 It was humiliating for Interim Prime Minister Jean Michel Lapin to sit there, with his proposed Cabinet, as this circus swirled in front of his position. Lapin could have, perhaps should have walked out once the chaos started.

The end was predictable and tolerating the process lessens Lapin’s image, and that of President Moise. There should have been a point where enough-is-enough, otherwise the juveniles will continue to misbehave. 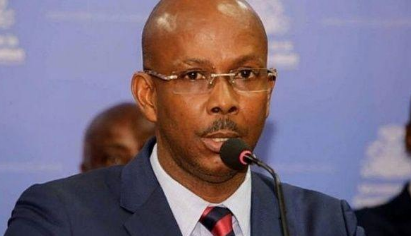 The international media has been reporting a growing worldwide dissatisfaction with the American imposed concept of Democracy. Like a bunch of evangelists, waving the “Bible of Democracy,”  America has imposed this philosophical concept upon societies unready and ill-equipped for its requirements. No worry for our American friends as dictatorial elements hijack their Democracies, using Democratic Tools to do so. So long as someone is elected in a process the International Community declares “Free and Fair,” things are OK.

Haiti’s first experience with “Free and Fair” elections saw Aristide take 67% of the 300,000 votes cast (not 1,600,000 as claimed by the UN) from a population base of more than 10,000,000. And he was declared winner, via an illegal French embassy FM transmitter at 11 A.M. effectively ending the process hours before the polls closed.

Mayor Evans Paul put the Mob on the streets, in coordination with the French declaration, and the rest is history.

The votes were never counted.

Sealed boxes remained in 1991 when Aristide flew into exile, after his wild move to create a dictatorship. They were still there in 1993 – 1994. 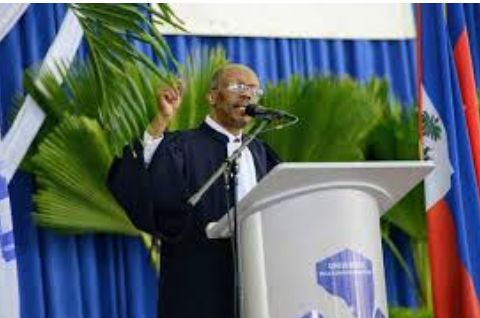 The shambles we now live in is the direct result of American interference in Haitian life over the years.  The stability, law-and-order, investment and infrastructure were sacrificed in the quest for Democracy. The Haitian and American Dollar were on a parity then. We  had tourism.

Yesterday, someone told me the Kinam Hotel has one room occupied.

Who would want to holiday in a war zone?

The Haitian people – the 12,000,000 voiceless majority -need help – NOW – and the International Community’s prescription –  DIALOGUE which, like coat-hangers multiplying in a closet – seem to create more DIALOGUE until the original purpose is lost in a fog of confusion.

The International Community’s concept of Dialogue sees “Haitian Political Party Leaders” who represent no more than a few dozen people each, debate the future of 12,000,000!! Their debate is simple. It focuses upon which individual (masquerading as a Political Party with three or four friends) gets control of some Ministry or governmental agency such as OFNAC, ONA, APN or appointments of Secretaries General and Directors General.

It is all about money and that is why we are at the very, very, absolute  bottom of the International Corruption Index. During good times, we sat at 124 while today we rest on the bottom at 189. Unless the UN creates a few new nations, there is no lower position to win! 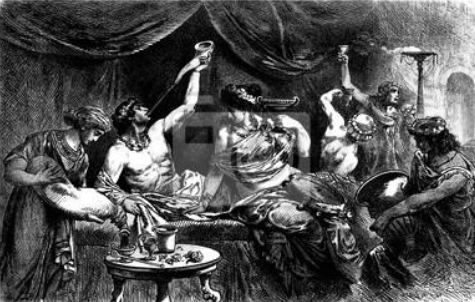 Control of an entity guarantees wealth as funds are bled off to satisfy the demands of the controlling element, plus a myriad of others such as Senators and Deputies. There is often no cash to pay wages of civil servants. Some people wait a year, or more, for their wages while Senators, Deputies, and Political Leaders enjoy the luxury life-style. 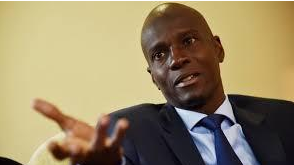 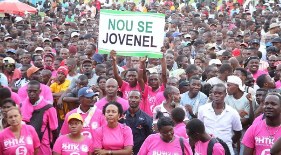 In the final analysis, President Jovenel Moise was chosen – TWICE – as Captain of our Aircraft. 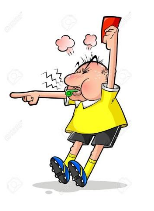 This might be the  time to disconnect the Autopilot and take control of the flight.

This is an opportunity to “fine tune” the system.

Article 136 was written for situations, such as the one we now face.

Parliament could be suspended.

A new Constitution could be written and proper elections coordinated.

Write the Senate out of the new Constitution! This move would put something close to $100,000,000 USD annually into the economy for other things, like rice-and-beans for the kids. Real estate agents in Florida, the local Toyota dealership, and a gaggle of mistresses, in Haiti and elsewhere,  would complain at a loss of income.

At this point in Time, elections this October are not a real possibility and the International Community should face these facts.

Bad elections are worse than no elections and would waste something like $70,000,000!

Haitians, especially our children, are looking to their President. They are counting on President Moise to save their future, which is really Haiti’s future, as an accelerating chaos overtakes us on all levels.

Without coherent actions now, the fall  School Opening could well be the reef upon which Jovenel Moise’s boat founders. 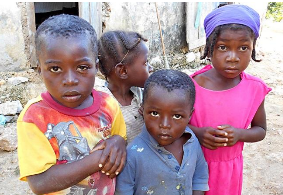 It must be said that there were criticisms, before Lapin’s Senate appearance, that retaining 9 members of the Criminal Ceant cabinet was an indication of bad judgment. With the PHTK control of our Senate majority this should not have presented a voting problem.

An old Irish saying: “There is many a slip, between the cup and the lip,” may fit in here as the game plan may have changed without notice.

Word, on the street, suggests heavy pressure from the American embassy to retain at least 4 of these 9 people from Ceant’s cabinet.

President Trump is prone to “knee jerk” reactions and could declare Haiti a “Threat to Hemispheric Security”  or simply “A threat to American National Security” and send Marines, or another UN Fiasco.

Things aren’t going well for Trump in Venezuela, Cuba, China, Korea or on the Stock Exchange. He needs a simple, easy victory to take the focus off other things and Haiti would be a small, no risk investment of force.