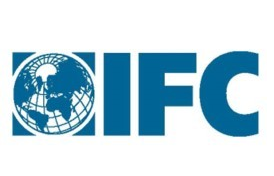 Following the vote of the Chamber of Deputies, on March 26, of a bill significantly increasing the minimum wage between 41.6 and 87.5%according to sectors of which 78.5% in the assembly industries turned towards the export (textiles in particular ) and the many negative reactions of this policy-oriented approach; Luc Grillet, Central America and Caribbean Senior Manager of the International Finance Corporation (IFC) the World Bank Group’s largest global development aid institution, wrote Friday, March 29 to Ronald Décembre, the Minister of Finance, to express his concerns about the potential impact of such increases in Haiti.

“[…] I send you this correspondence to share with you, our concern about the potential impact of a possible significant change in the law fixing the minimum wage of industrial and commercial establishments, as approved by the Chamber of Deputies

Adding that some companies, following this news, “have already announced an increase in the price of their products, a precursor to rising inflation. Several of these companies and employers’ associations in the private sector in Haiti have expressed their fear that a substantial increase in the minimum wage could lead not only to the loss of many jobs, but also to the decline in the competitiveness of the Haitian economy…”

Recalling to the Minister December that IFC is “committed to supporting the Haitian government’s policy in its strategy of creating and maintaining productive jobs […]” adding that IFC teams are “dedicated to supporting sector players local and international of private sector in the perspective of a strong growth of the national economy and of a sustainable development for the most vulnerable populations for a reduction of poverty.”

“In our humble opinion, a consultation of stakeholders in the sectors concerned would undoubtedly be better, to determine the direct and indirect impacts of this change […] any change should allow at least the preservation of economic and social benefits, and should not lead to serious disputes that would be detrimental to the country and likely to limit or curb the popularity of the local and international private sector for new investments in the medium, medium and long term[…]”

The irresponsible – unauthorized – increase in Minimum Wage will wreak havoc with the economy. The Chamber’s move will not be finalized until Jovenel approves.

If Jovenel approves, the Assembly Industry will lose thousands of jobs. If he blocks the Wage, Haiti’s workers will say Jovenel is against them.