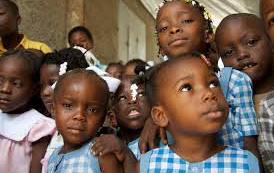 “The bosom of America,” George Washington wrote in 1783, “is open to receive not only the Opulent and respectable Stranger, but the oppressed and persecuted of all Nations and Religions, whom we shall welcome to a participation of all our rights and privileges, if by decency and propriety of conduct they appear to merit the enjoyment.” The Trump administration has taken a different tact. It seeks to “make America great again” by abandoning a central feature of its identity, its openness to the world’s oppressed, persecuted, and imperiled.

Since 1975, the United States has admitted more than 3.2 million refugees. These refugees –many of whom owe their very lives to the United States – serve as a living reminder of the nation’s ideals and have contributed immensely to its economic vitality, diplomatic standing, and security. Yet in response to the world’s highest number of forcibly displaced persons since World War II, the administration in late September set the lowest refugee resettlement ceiling in this storied program’s history. It has also “paused” admissions from 11 nations that have accounted in recent years for the majority of refugees to the United States, making it unlikely that it will be able to meet even this low ceiling.

On November 9th, the Department of State announced that it would not accept new applications for the Central American Minors (CAM) program, which allowed refugee children from El Salvador, Honduras, and Guatemala to join their lawfully present parents in the United States. Such children – in peril at home – can no longer migrate through safe, orderly and legal channels to the United States.

In early October, the administration released a statement of its immigration principles and policies that called for expanded expedited removals, including of asylum-seekers. Meanwhile, border officials – who are sworn to uphold the law — routinely and illegally turn away asylum-seekers at the US-Mexico border, telling them that the nation is “full,” or that it only accepts Christian asylum claims, or that it does not admit persons from El Salvador, Guatemala or Honduras because these violence-torn countries are not at war, or that it no longer accepts families with children. It seems as if any falsehood will suffice in what for asylum-seekers can be life-or-death decisions. Border officials also regularly violate international law by referring asylum-seekers for criminal prosecution for illegal entry or re-entry. They also separate children from their parents.

On December 3rd, the US withdrew from negotiations on the Global Compact on Safe, Orderly and Regular Migration. Secretary of State Rex Tillerson and US Ambassador to the United Nations Nikki Haley argued that US participation in the development of a non-binding document – which it would be under no compunction to sign – would threaten the nation’s sovereignty. More troubling, the administration fails to grasp that countries need to collaborate in order to meet any of their migration-related interests, whether to address the conditions that give rise to large-scale migration, to promote orderly legal migration, to protect persons at risk, or to control their borders. The US decision on the compact undermines US sovereignty by making the nation weaker, not stronger, and by making it more difficult to achieve its immigration objectives. Ultimately, the compact will be adopted under the auspices of the UN General Assembly, making it a UN document and a constant reference point in the ongoing dialogue on international migration. Yet the US has decided not to influence the shape or content of this document.

In recent weeks, DHS and the administration have turned their attention to another pillar of the US refugee protection system, temporary protected status (TPS), a program that the Congressional Research Service recently characterized as “the statutory embodiment of ‘safe haven.” TPS permits non-citizens from countries experiencing armed conflict, the aftermath of environmental disaster, or other extraordinary and temporary conditions to remain in the United States. Most TPS beneficiaries would not meet the narrow standard for political asylum, but virtually all would be at risk if returned home. Immigrant advocates and state and local officials in communities with large TPS populations have furiously opposed the evisceration of this program.

Like the other pillars of the US refugee protection system writ large, TPS has been effective in the most important of ways: it saves lives, an “interest” to which the administration rarely, if ever alludes. If not for TPS, Haitians, Hondurans, Rwandans, Somalis, Sudanese, and persons from every other TPS-designated country would have lost their lives, often in large numbers.

TPS recipients also contribute generously to the well-being and recovery of their nations of origin. In 2016, El Salvador received $4.6 billion, Honduras $3.8 billion, and Haiti $2.4 billion from their diasporas, including TPS recipients. These nations can ill-afford to lose this source of stable income and support. Remittances constitute nearly 28 percent of Haiti’s gross domestic product. Nor can these fragile, dangerous nations – as they have repeatedly insisted — ensure the safe and successful reintegration of their nationals.

US communities also benefit from this program. My agency, the Center for Migration Studies of New York (CMS), has produced profiles of Salvadoran, Honduran and Haitian TPS recipients, who account for 94 percent (302,000 of 320,000) of TPS beneficiaries. These profiles indicate these populations work at high rates (81 to 88 percent are employed); have established families here (273,000 U.S.-born children); have lived in the United States for long periods (20 years or more for most Salvadorans and Hondurans), and own real estate and other property (30 percent have a mortgage). High numbers work in construction in Florida and Texas, which have been devastated by recent natural disasters and face a long period of recovery and reconstruction. To “illegalize” these populations would damage the US economy, hurt US communities, and work immense hardship on TPS beneficiaries, their families, employers, and broader circles of association. It would also marginalize deeply embedded, productive members of our nation.

Administration officials have characterized TPS as a permanent program masquerading as a temporary one. Yet TPS cannot, in itself, lead to permanent status. Recipients can pursue family- or employment-based visas, asylum, or other pathways to permanent status. Some do. Others leave the country or die. Some cannot afford the fees to re-register. As a result, TPS populations from designated countries decline over time. There has also been significant turnover in participating countries. Of the ten countries that the Attorney General originally designated for TPS, not a single one retains this status. Of the ten currently designated countries, five received a designation after 2010, and two long-term beneficiaries – Sudan and Nicaragua – will be terminated over the next year. Haiti’s termination will become effective in July of 2019.

While several countries have received TPS for protracted periods, in fact TPS does not protect too many people for too long, as claimed by the critics. If anything, it covers too few of them. TPS is not available to persons who arrive after the designation date, come from a non-designated country, cannot pay the substantial fees, or live outside the United States, including the family members of beneficiaries, no matter how imperiled they may be.

In the program’s 27-year existence, only 22 countries have been designated for TPS, but in any given year far more countries experience conditions that could trigger a designation. The International Institute for Strategic Studies featured 37 conflicts of varying intensity in its 2017 armed conflict survey. The Centre for Research on the Epidemiology of Disasters reports that nearly 7,000 disasters occurred between 1994 and 2013, resulting in 1.35 million deaths.

States that satisfy the criteria for TPS regularly fail to receive a designation. The Philippines, for example, did not receive TPS after Typhoon Haiyan killed 10,000 people and displaced four million. In 2008, Hurricanes Gustav and Ike and Tropical Storms Fay and Hanna killed 800 persons and destroyed more than 100,000 homes in Haiti. However, DHS did not designate Haiti for TPS until the massive earthquake of January 12, 2010.

Repeated extensions of TPS point to a problem, but not one best solved by stripping beneficiaries of status. The program’s central deficiency is that the conditions that lead to a designation typically persist for far longer than the 6-18 month designation (and extension) periods. Moreover, while the original conditions may dissipate, new conditions often arise that make it unsafe to return. The maras – gangs that mostly originated in the United States and then spread throughout Central America –exert mafia-like control over large swaths of El Salvador and Honduras. They would certainly prey upon returning TPS recipients (extorting those deemed to have resources) and would target their children for recruitment (whose US citizenship would benefit them).

Administration officials have advanced the novel claim that they can only consider the conditions that led to an initial TPS designation, not subsequent events, in making decisions on extensions. However, the TPS statute does not limit extensions to past conditions and decades of precedent allow TPS determinations to turn, at least in part, on intervening events, like the devastation worked by the cholera epidemic in Haiti or Hurricane Matthew in 2016. As recently as May of 2017, then DHS Secretary John Kelly announced: “After careful review of the current conditions in Haiti and conversations with the Haitian government, I have decided to extend the designation of Haiti for Temporary Protected Status for a limited period of six-months.” Yet Acting DHS Secretary Elaine Duke confined her recent decisions to terminate TPS for Haiti and Nicaragua to the “original” conditions on which TPS was granted.

TPS represents a pillar of the besieged US refugee protection system because it honors, however imperfectly, the well-established responsibility of states to offer safe haven to persons who would be endangered if returned to their home countries. If TPS did not exist, Congress and the administration would need to create something like it. Prior to TPS, the Executive branch made temporary protection decisions in a more ad hoc manner. Between 1960 and 1990, the Attorney General granted “extended voluntary departure” (EVD) to 16 different national groups for periods that ranged from 8 months (Iranians in 1979) to 15 years (Lebanese from 1976 to 1991). In the Immigration Act of 1990, Congress sought to establish a more formal and deliberate process, with clear guidelines and standards. In a particular irony, the Trump administration, which terminated the Deferred Action for Childhood Arrivals (DACA) program on the grounds that it represented executive overreach, now seems intent on eviscerating a program designed to guide and circumscribe the exercise of executive discretion.

A decision on whether to extend or terminate El Salvador, the nation with the largest groups of TPS recipients, must be made by early January and may be made later this month. Throughout the world, temporary protection programs provide haven to refugee-like populations until safe, permanent solutions can be found for them. The worst solution – for long-term TPS residents, their families, the United States, and their communities of origin – would be to terminate their status and move to deport them to dangerous, struggling countries. Congress should instead embrace the nation’s proud tradition of openness to the oppressed, persecuted and imperiled of “all Nations and Religions,” with a strengthened TPS program that offers a path to permanent residence for long-term TPS beneficiaries. In the meantime, DHS should make TPS determinations based on all the conditions—past and present — that speak to whether beneficiaries can safely return home and their nations can adequately accommodate them.