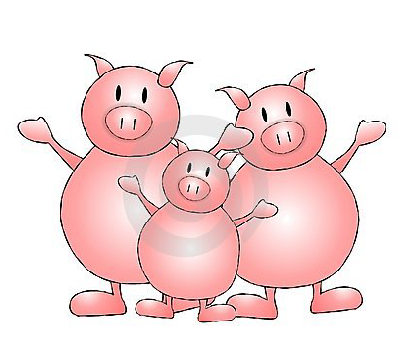 The small pig is Olivier.  The big pig is Sophia.

My unit has been diverted to Nepal, in support of their earthquake disaster, which brings back memories of Haiti, 2010.

Even as these people dig themselves out of the debris, local papers report the progressive disaster in Haiti, quoting Canadian newspaper sources on the Queen Sophia situation.

Seems as though Sophia Martelly is an American citizen!

What’s new, we knew that before the election in which King Martelly gained the throne, a throne which should be used to govern fairly rather than one used to crap all over the Nation. His people, the people  voted 85% Martelly, because they believed in him and what he could do to help their hopeless situation. 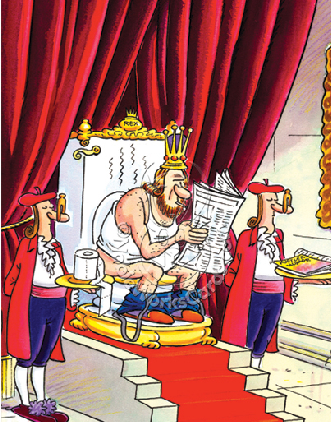 It seems as though Martelly had an item published in Le Moniteur that officially authorized American citizen Sophia’s handling of governmental funds. This extremely stupid move was probably a knee-jerk reaction to the public outcry at her criminal coordination of  a few hundred million $$ involved with a feeding program.

The authorization created a situation in which Queen Sophia cannot run for the Senate, without a discharge.

Hope there wasn’t a similar authorization for Prince Olivier, otherwise he will have to explain the $5,000,000 building in Petionville – guarded by Palace Security – and the rumored $17,000,000 hotel investment in the Dominican Republic.

All of the King Michel’s maneuverings, to date, have been aimed at creating a situation in which Elections cannot be held – and he will move to prolong his Presidency. He must review the history of many who have tried this, in the past. Other than Francois Duvalier – all failed.

And King Martelly is not fit to carry Papa Doc’s lunch box.

The entire Discharge Fiasco is aimed at screwing up Lamothe’s chance to run.

Evans Paul – terrorist, murderer and thief is an embarrassment. Now his close associate sits in an American jail on drug charges.

Evans Paul and Marie Laurence Lassegue are directly responsible for the murders of at least 247 supporters of Roger Lafontant, in  January, 1991. Evans Paul is responsible for the beating/humiliation of Haiti’s Papal Nunce, the murder of his associate and rape of his staff of nuns, in 1991.
What kind of Prime Minister is this… to replace the tremendously successful patriot Laurence Lamothe??

A recent German air crash was caused by the co-pilot locking himself in the cockpit, then flying his Boeing into a mountain with 150 passengers on board.

Martelly has locked himself inside his cockpit (the palace) and is determined to fly it, along with 10,000,000 passengers into a mountain!
Before the International Community steps in to create another of those inefficient, ineffective, unproductive Interim Governments, under any abstract name – it is time for King Michel to become President Michel  Martelly and commit himself to a truly free and fair election.

There is no time to screw around with a biased vetting of candidates, for Discharge.

By Decree, President Martelly must throw the election open to any and all who wish to run. Child molesters, rapists, drug dealers, murderers, kidnappers, and parking ticket violators, even  Senators and Deputies.  Moise Jean-Charles and escaped jail inmate, Arnel Belizaire, must not be excluded.

After his embarrassing release of La  Familia and Recif – Kings of Gang Galil – master kidnappers, killers and more –in  Judge Belizaire’s  court, while the victims sat there and personally witnessed a judge admonish the criminals, to the effect – that “if they had committed these crimes, they must promise not to do any more in the future.”

And the criminal’s had all of their criminal earnings returned to them, including a $2,000,000 restaurant purchased with ransom dollars.
One must remember that La Familia was taken to the bank, in hand-cuffs. These were removed and he was allowed to enter, and withdraw the criminal cash, from hi accounts. He then stepped out of the bank, into hand-cuffs, after turning a bag of cash over to hi PNH escort.

The court returned nothing to the victims.

Martelly used this so often, during his campaign, that people believed him.  At first, I believe Martelly believed it,  and meant to keep his promises. This commitment was forgotten at some stage after a successful start to his presidency, an important presidency in that it should have bridged the gap between the past, and what should be Haiti’s future.

That bridge should have been the Martelly Legacy along with keeping his promise of a free education for all children, and Security.

Laurent Lamothe was the natural heir and the hope to see Haiti’s so-called CLASSE POLITIQUE converted from an occupational category, along with doctors, dentists, accountants – all geared to making money – to one in which members of the CLASSE POLITIQUE work to help their constituents rather than focus entirely upon their pocketbooks.

All of this has been forgotten in the rush for dollars, and the desire for perpetuity of power. He has surrounded himself with a bunch of incompetent criminals who would block Lamothe’s candidacy, at any cost – even the destruction of Haiti!

Governor of the Bank Charles Castel should have been fired, with the departure of Preval. This would have given some chance for Haiti’s economy, and uncovered vast thefts, from the Petro Caribe Fund, and more, during his term. Remember the $198,000,000 mentioned during the Preval Presidency??!! Martelly promised action against Preval  on this, but soon forgot. Instead, Martelly retained him in power and gave the corruption perpetuity. The criminals impunity!

Thierry Mayard Paul is another such example. He hates Lamothe and has stated his personal fear of a Lamothe Presidency. One must remember that Prime Minister Laurent Lamothe blocked Thierry Mayard Paul’s attempt to bring a few containers, of personal merchandise, from the Dominican Republic, without paying duty.

Kiko Saint Remy, the president’ brother-in-law, seems to be running things now, in coordination with his Sister Sophia. He held a party for La Familia and Recif after the Martelly court white-washed them. Judge Belizaire received a small fortune for this service. Some suggest  $1,000,000,  which will help him in retirement, since he was fired immediately after his decision.

President Martelly, it is time to move Heaven and Earth to give Haiti the elections our nation deserves.  Well now, it will not be the one they really deserve but something is better than nothing!

Ask the International Community for open assistance to make this happen.
Let the people decide whether or not they want a Narco State or a true Democracy, even a Haitian style Democracy..

It is our peoples’  decision, not the decision of you and a few palace insiders. It is not the choice of the International Community. 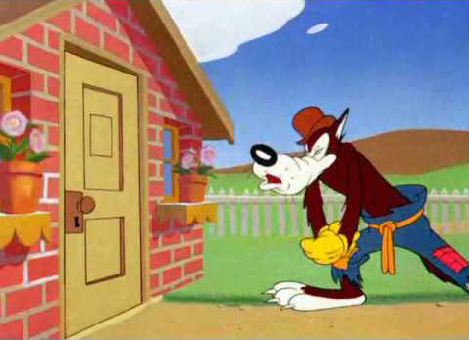 Before the Big Bad Wolf huff and puffs to blow down Martelly’s government we must have an Election!!!

Let the people speak with their vote!

1 thought on “THE ARROGANCE OF POWER AS KING MICHEL, QUEEN SOPHIA AND PRINCE OLIVIER REALLY APPEAR TO BE THE 3 PIGS OF HAITIAN POLITICS.”