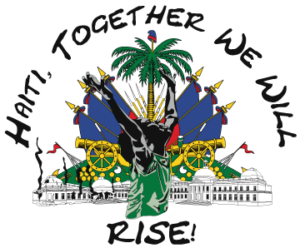 By Alex Kennedy, Associated Press Writer
SINGAPORE — IOC president Jacques Rogge said some of the new events introduced at the Youth Olympics could become part of the traditional Olympics in the future.

The Youth Olympics include such formats as 3-on-3 half-court basketball, a mixed team triathlon relay and mixed swimming relays.

“We will look at expanding these events in the future,” Rogge said. “I am a fan of mixed events. We are considering adding them to the summer Olympic lineup.”

Rogge promised the next Youth Olympics in Nanjing, China, will feature higher quality competition. Bolivia beat Haiti 5-0 to win the boys’ soccer gold medal Wednesday in a tournament that didn’t feature any of the traditional soccer powers.

“Every four years it will go to another city and they will improve the quality of the event,” he said. “By the next Youth Olympic Games, there will be far more media attention.

“We will endeavor to help publicize this event and make it even bigger.”

Organizers also emphasized cultural and educational activities at the Youth Olympics, and Rogge said similar programs would not be a part of the 2012 Summer Games in London but may be included at the 2016 Olympics in Rio de Janeiro.

“We are most definitely considering introducing a limited culture and education program into the traditional Olympic Games,” he said. “There’s definitely a place for it. It’s too late for London but perhaps in Rio.”

Bolivia beat Haiti despite being a man down for most of the match. Luis Banegas scored twice for the Bolivians. The Haitian team was formed only six weeks before the games began after a Jan. 12 earthquake left an estimated 300,000 people dead on the Caribbean island and devastated its sports infrastructure.

In other action Wednesday, Cuba continued its tradition of boxing excellence by winning three gold medals.

China added one more gold, extending its lead in the games to 30 while Russia is second with 19 and South Korea third with 11. The U.S. team has won four golds.

2 thoughts on “Thanks Haiti Athletes! New events could become part of Olympics”