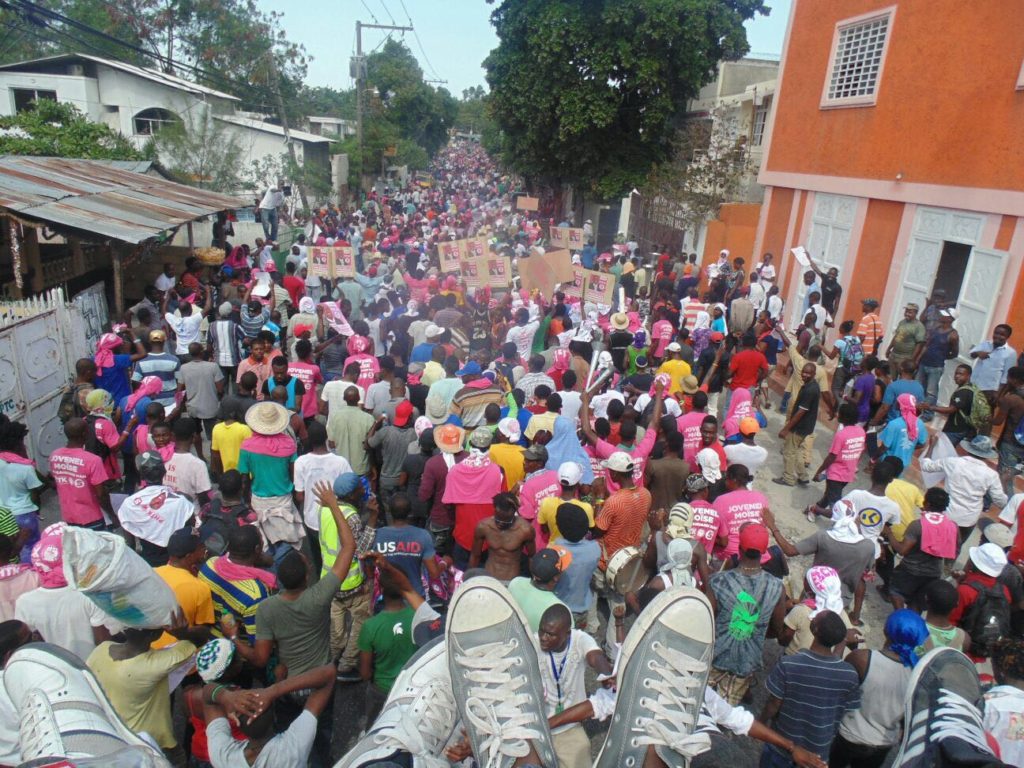 PORT-AU-PRINCE, Haiti — Several thousand people held a peaceful march in Haiti’s crowded capital calling for elections to be held soon to resolve a political crisis threatening the stability of the perennially volatile nation.

Thursday’s protest was organized by Haiti’s ruling party and attracted at least 4,000 people with a carnival-like atmosphere. A similar demonstration was held in the west coast city of Gonaives.

In Port-au-Prince, many people wore T-shirts emblazoned with the photo of Jovenel Moise, the outgoing president’s chosen successor and the beneficiary of a relatively well-financed campaign. 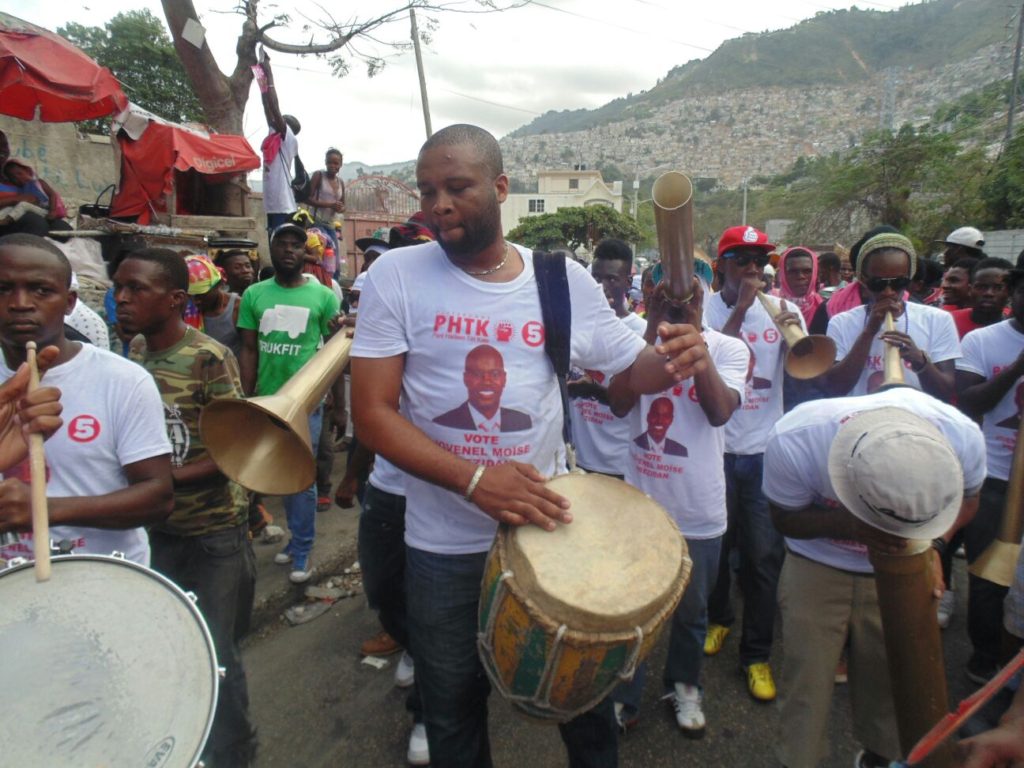 Some young men covered their faces, as opposition demonstrators sometimes do. In contrast to recent anti-government protests, Thursday’s march had no flaming street barricades, rock-throwing partisans and clashes with police.

“We are demanding the second round of presidential elections be held so the voice of Haiti’s voters will be respected,” accountant Jean Baptiste Nacal said as people nearby danced to a popular carnival song. “We don’t want any transition government.”

Haiti had been scheduled to hold a runoff presidential vote last weekend. But less than 48 hours before the vote, electoral authorities postponed it indefinitely amid violent opposition protests and suspicion that the first round was marred by rampant fraud favoring Moise.

The threat of instability has prompted the Organization of American States to authorize a special mission to Haiti to help polarized factions negotiate a new date for the runoff and resolve a looming constitutional crisis.

President Michel Martelly, who cannot run for a second consecutive term, is required under the Constitution to leave office by Feb. 7.

For days, the country’s political leaders and others with influence have been working to find a way out of Haiti’s latest election mess.

Martelly broke his public silence on Thursday, addressing people in an impoverished Port-au-Prince area that is considered an opposition stronghold. He insisted he was trying hard to find a solution.

“On February 7, if no agreement is reached, I’m not going to leave the country in uncertainty,” Martelly said.

Senate President Jocelerme Privert has told The Associated Press that Martelly told him in several recent meetings that he would step down on schedule Feb. 7. 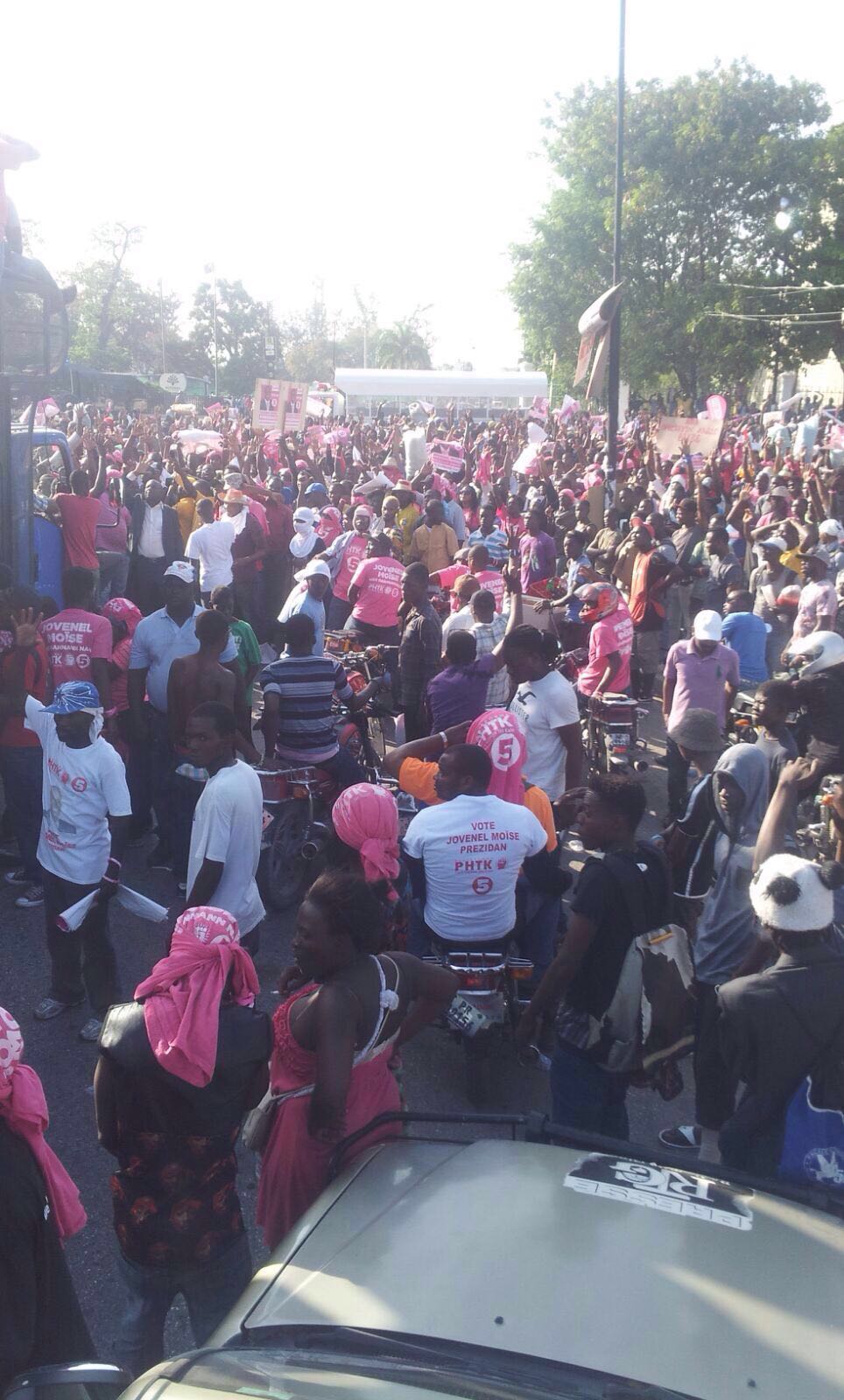 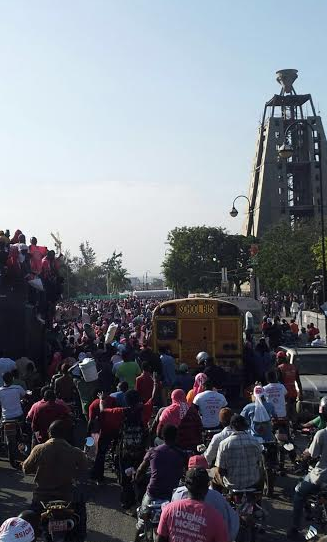 This was a massive demonstration of support for the electoral process and President Michel Martelly.

As usual, AP gets their figures wrong, when describing anything to do with Martelly’s government. They use 4,000 as the figure, for today’s march when it was multiples, of this figure. By the time all of the streams had flowed into the Champs de Mars area there was 15,000 – 20,000 people, perhaps more.

Today was a special day for Martelly, as the real people stood behind him.

There was a call for support and people came.

There was no payment of cold hard cash, as was the case in the Celestin chaos that saw cars burned, businesses destroyed, merchandise destroyed or stolen.

They backed the Nation!

Let the election get back on course. 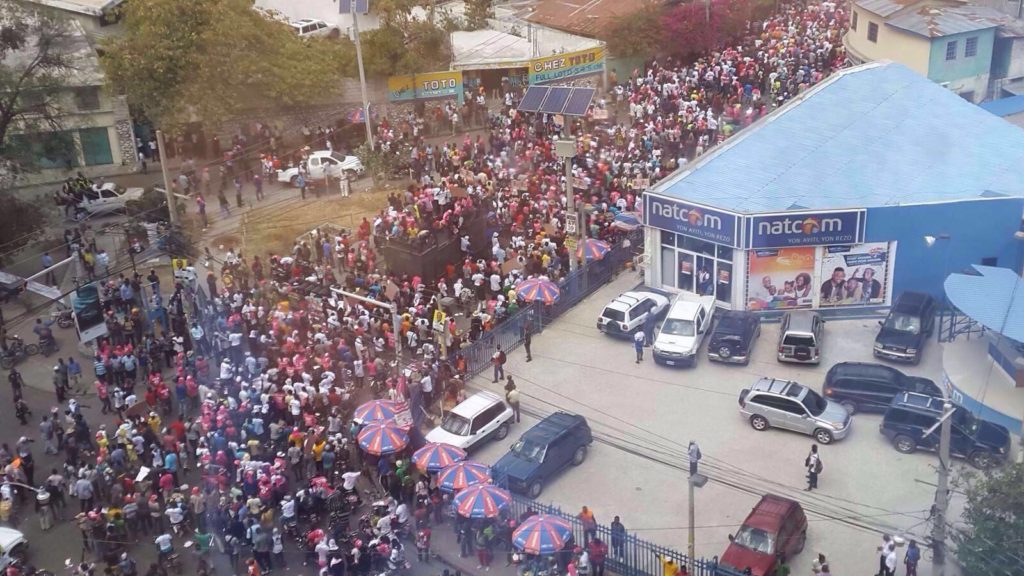 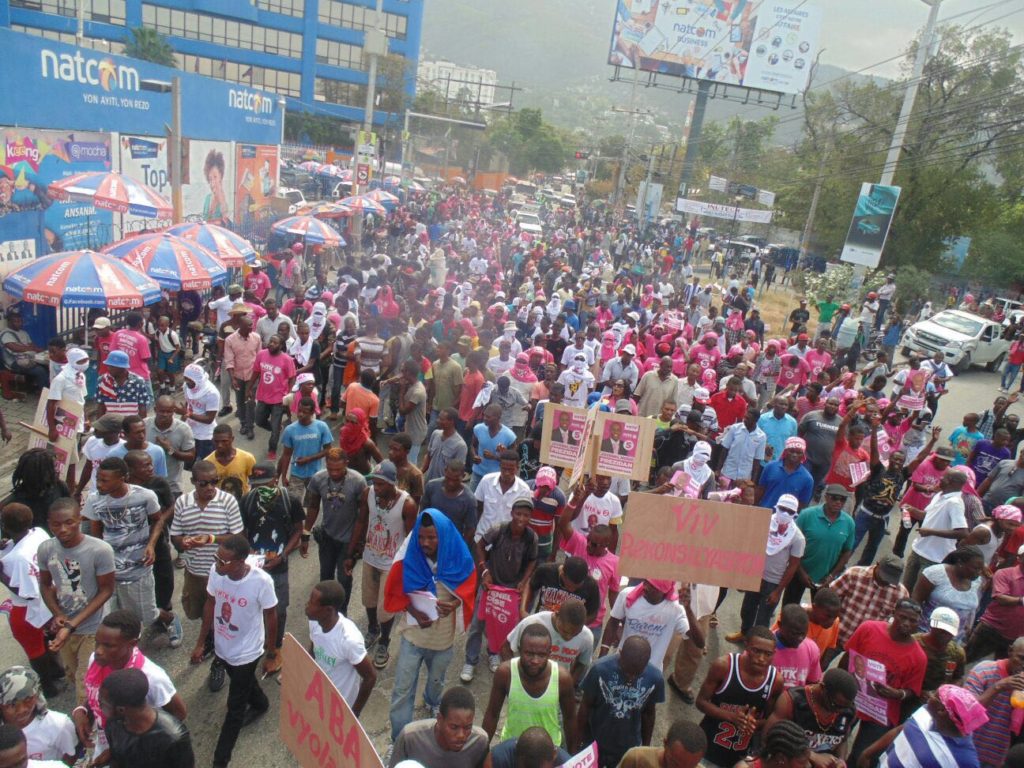