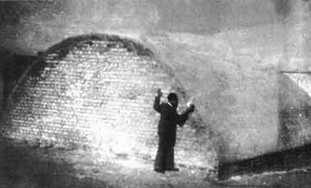 Washington, DC
Special Envoy to Monitor and Combat Anti-Semitism Hannah Rosenthal was awarded the Tikkun Olam Award by the Haiti Jewish Refugee Legacy Project on August 3, 2011 for her efforts to combat all forms of hate and intolerance. In Hebrew, Tikkun Olam means “repairing the world.” This award is bestowed upon individuals or organizations which have dedicated themselves to Holocaust or World War II research.

The Office of the Special Envoy to Monitor and Combat Anti-Semitism (SEAS) advocates U.S. policy on anti-Semitism both in the U.S. and internationally, developing and implementing policies and projects to support efforts to combat anti-Semitism. The Special Envoy was created by the Global Anti-Semitism Review Act of 2004, and is a part of the Bureau of Democracy, Human Rights and Labor. For more information about Special Envoy Hannah Rosenthal’s work, please visit www.facebook.com/SERosenthal and follow her on Twitter @HannahAtState.

It is a little known story.

Even as the American government was turning back boatloads of Jewish refugees, from Hitler’s Europe, Haiti was absorbing Jews who escaped the Nazi ovens.

One of these, my good friend Kurt Von-Fischer, who arrived here in 1933, had been a lieutenant in the Imperial German Navy, during World War One. He became one of the founders of Haiti’s School of Ethnology and did a great deal to save bits and pieces of Haitian history.

Kurt had a museum in his home off the Kenscoff Road. I can remember looking at his display cases which included thousands of priceless pieces, including the spur from Christophe’s boot, along with his sword and documents. Unfortunately, Haiti was short-sighted and did not see fit to retain this collection in Haiti and it went elsewhere.

Kurt served as the Honorary Austrian Counsel for years.

The Jewish community in Haiti is not large, but it is influential in parallel with our Arab sector.