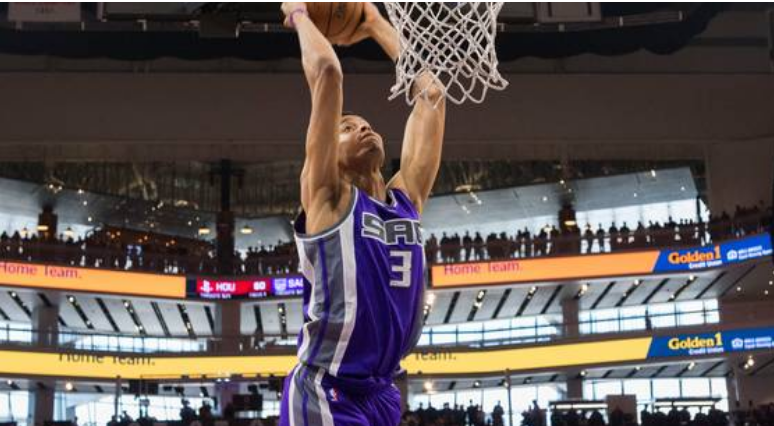 Traveling is not allowed in basketball. However, for some Kings players this offseason, that word has taken on a much different meaning.

Days after Sacramento center Willie Cauley-Stein visited Vietnam to work on his painting skills, another Kings player got on a plane and traveled to his homeland.

In a feature he wrote on the team’s website, Kings forward Skal Labissiere discussed his first trip to Haiti in almost seven years.

He recalls the massive earthquake in Haiti that killed more than 200,000 people in January 2010. He also talks about family and friends, his faith and starting a youth basketball camp.

“I was one of those kids growing up who always wanted some guidance, wanted to talk to people in the NBA,” Labissiere said in a video posted on the Kings’ YouTube page. “For me to go back and help the kids … I just want to be an inspiration to them.”

He said that although he’d teach skills on the court, he wanted to do more with the children.

“After all, it wasn’t so long ago that I was in their position – roaming the streets of Haiti looking to make my dreams come true,” he wrote. “Whether future basketball stars or not, these kids are going to make Haiti proud. It’s bigger than basketball.”

Labissiere left for Haiti after playing with the Kings in the NBA Summer League, which ended Monday in Las Vegas. The forward who will begin his second NBA season in 2017-18 averaged 10 points, five rebounds and 1.5 blocks in six summer league games.

Another Kings player had an opportunity to travel to his native country this offseason, but decided that work comes first.

Kings guard Buddy Hield was invited to the Bahamas to participate in the Basketball without Borders Camp but opted to stay stateside to play in the summer league.

“This is my job,” Hield told The Bee before summer league began. “I’ve got to be here. This is more important.”