Even as you read this Haiti’s Senators and Deputies meeting with a lot of different people to negotiate their individual price for betrayal of the Nation.

Millions of US Dollars in play. Remember, control of government is direct path to unbelievable wealth. One Deputy has already received $85,000 with another $50,000 promised.

He might even add to that. Multiply that by 80 Deputies and 18 Senators and you are talking real money.

When Fait Accompli presents itself as a reality even the honest could drink from the trough.

Election to Parliament is seen as a path to riches, not a path to helping the Nation and its 10,000,000 people.

Might pay President of Chamber and Senates as much as $1,000,000 to guarantee prolongation for Privert. A million in hundreds weighs 23 pounds.

Must accept that most Senators and Deputies are whores. Only their price is negotiable. Some are often cheap whores. However, today they may all become wealthy.

Privert beat his opponent for the Provisional Presidency when someone paid some Deputies $50,000 a pop to win the vote. Huge piles of cash have been stolen by him and his friends over the 120 days. Could self-finance this deal bout won’t have too. Many rushing to press cash into waiting hands.

Where are the friends of Haiti when you need them?

Children are starving to death while the pigs fight each other for a place at the trough. 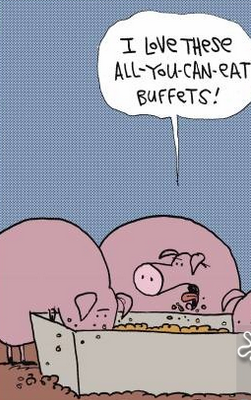 Since we are facing this reality the Martelly team should outbid the opposition and save the Nation.