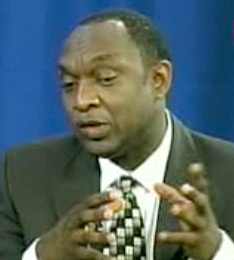 October 27, 2010
Youri Latortue and Wyclef Jean visited a hospital in the Artibonite as a publicty move to show support for Haiti’s cholera victims.  Gonaives, and the Artibonite are volatile areas. This is where the fuse is lit when rapid, sometimes violent change is is imminent.

As Wyclef and Senator Latortue exited the hospital, they were barraged with volleys of rocks as locals showed their disdain for these two headline seekers.

The same goes for Youri Latortue who expected millions of dollars, to support Jean-Henry Ceant. When these were not forthcoming he moved to support the Preval-planned puppet government of Mirlande Manigat….

Both Wyclef and Latortue have betrayed their obligation to the Haitian citizen and the people of the Artibonite expressed their disgust.

The violence accelerated into gunfire. Some were killed. Many were injured.