After the earthquake in Haiti nearly a year ago, the U.S. government spoke of its desire to give financial aid to the Haitian people.
This help was going to come in the form of $1.15 billion. Have our brothers and sisters in Haiti received this promised aid? No.

Not one penny of the promised aid has reached Haiti. Meanwhile, Haitians continue to barely survive in shacks and tents, wondering when the promised aid will come. So what is holding up this authorized bill from going through the Senate? 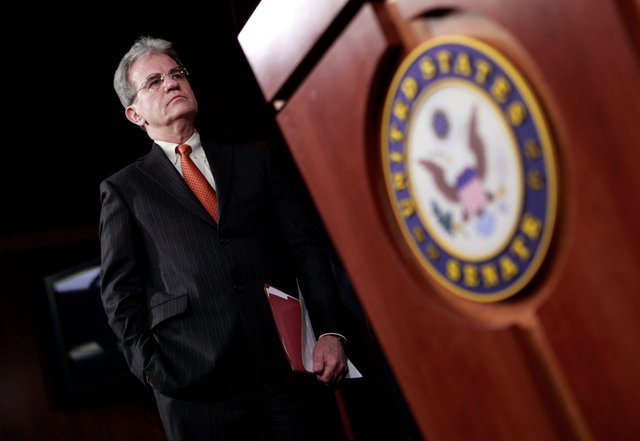 Sen. Tom Coburn, a Republican from Oklahoma, has held up the bill. According to his spokesperson: “He is holding up the bill because it includes an unnecessary senior Haiti coordinator when we already have one …”

So, if I were to ever meet Coburn in person, I would be compelled to tell him something I heard a buddy of mine say to someone. The comment he made to that devilish person was, “You must be one of those people who hope there’s a heaven and prays that there’s not a hell.”

What price is there in a child’s life?

Here Senator Coburn, a medical doctor  who lives a comfortable life, and votes for extravagant expenditures each day, has effectively blocked aid to Haiti over a $5,000,000 item that would see a Special Coordinator created to oversee the Haitian effort. Now, perhaps, we don’t need another body in the chain, but we have generated a few dead ones – in Haiti – as the salvation of this nation is – yet again – blocked by some idiot in Washington.

Coburn is  a Republican – and so am I – but a pissing contest with Obama over this trivial amount, when children are dying, is something else again. He, and his friends in the Senate, just voted to give the late Senator Byrd’s family a couple of hundred thousand US Dollars.

There seems to be a unbalanced sense of values here.

I would hope the senator’s conscience would bother him, but this is an empty piece of optimism.

His web site shows a stethoscope resting on a billfold full of money.

Perhaps there is a message here.

1 thought on “Sen. Coburn, A MEDICAL DOCTOR, holds up Haiti relief aid over a trivial matter-Added COMMENTARY By Haitian-Truth”