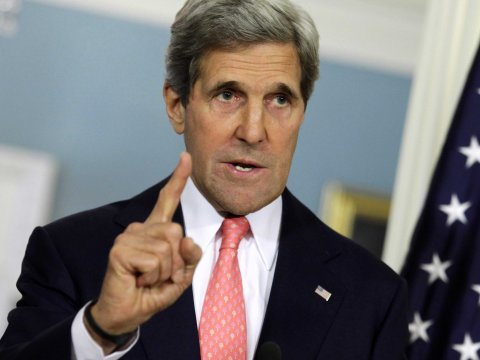 U.S. Secretary of State John Kerry will travel to Valparaíso, Chile, on October 5 to attend the second Our Ocean conference, hosted by the government of Chile. He and Chilean Foreign Minister Heraldo Muñoz will also participate in a town hall meeting with students entitled, “Taking Action for Our Ocean.”

Secretary Kerry hosted the inaugural Our Ocean conference in Washington, D.C., in June 2014. As with that meeting, the Valparaíso event will bring together heads of state, experts, business leaders, NGO advocates, and others to tackle critical ocean issues including sustainable fisheries, marine pollution, ocean acidification, and the creation of marine protected areas.

In Valparaíso, Secretary Kerry will highlight the progress made on commitments from last year’s Our Ocean conference. He will also announce a series of new initiatives and reiterate his call to action towards a healthy and sustainable ocean.

In response to the invitation of Haitian President Michel Martelly, Secretary Kerry will stop in Port-au-Prince, Haiti, on October 6 during his return to Washington. He will meet with President Martelly, who will be accompanied by other senior Haitian officials.

Discussions will focus on Haiti’s preparations for its upcoming elections.

Follow Secretary Kerry’s travel in Chile via @JohnKerry, @StateDept , @StateDeptOES, and @StateDeptSpox on Twitter and go to the Department’s Flickr account for the latest trip photos. Stay connected: http://blogs.state.gov/social-feeds and keep track of all of the Secretary’s travels at: http://www.state.gov/secretary/travel/index.htm.