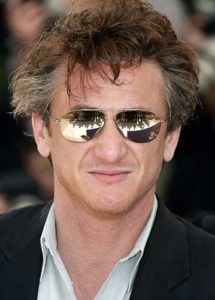 SEAN PENN has rebuffed reports he is planning to pull his aid organisation out of Haiti, insisting his charity will continue work there for “decades” if necessary.

The Oscar-winning actor has been working closely with his JP Haitian Relief Organization, striving to help the devastated region in the wake of the January (10) earthquake which left thousands of citizens homeless.

Many aid organisations, including OxFam and Doctors Without Borders, plan to leave the area in the coming months, but Penn is adamant his charity workers will stay – and in the light of the recent cholera outbreak, Penn insists it is more crucial than ever to help the people of Haiti.

He tells Fox News, “I don’t think there has even been a published or discussed exit strategy. If there is one, it would only live in my head. In one mutation or another, this is going to be a several-decades-long organisation, and it may develop into something entirely different over time… Rubble removal is the key thing. But obviously if something like what just happened with the cholera outbreak keeps happening, and this becomes a widespread outbreak, then we need to focus on that…”