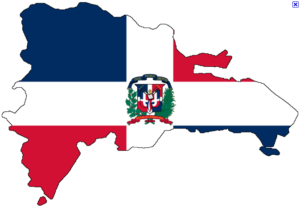 The cholera epidemic in Haiti is likely to grow and persist, and will probably reach the Dominican Republic, health officials said on Monday, as they rushed to distribute medical supplies in hopes of keeping ahead of the disease’s spread.

“Now that cholera has established itself with a strong foothold in Haiti, it is clear to us that it will not go away for several years,” said Dr. John Andrus of the Pan American Health Organization at a news briefing Monday in Washington.

Efforts at prevention — mainly, providing clean water, soap and better sanitation — will bring the number of cases down but will not eradicate the bacteria, he said. Once the bacteria find their way into the right environment, like the brackish water of an estuary, cholera-causing microbes — Vibrio cholerae — can live on for a long time.

As of Sunday, there were 3,015 known cases and 259 deaths in Haiti. But the actual number of cases could be much higher, Dr. Andrus said, because about 75 percent of infected people have no symptoms. They can carry the bacteria for two weeks and shed them back into the environment, where they can infect others, which is most likely to occur when sanitation is poor and clean drinking water not available.

By far the most common way the disease is spread is through contaminated water. Person-to-person spread is far less of a risk because people need to swallow a large dose of bacteria to get sick. Dr. Robert Quick, a medical epidemiologist at the Centers for Disease Control and Prevention in Atlanta, said that water could be easily disinfected just by boiling it or using chlorine products made for that purpose.

Why the disease has suddenly appeared in Haiti is a mystery, experts say. It has not been there in decades, not even when an epidemic that started in Peru in 1991 affected much of Latin America. An infected person could have brought the bacteria in from another country, or it could have arrived in food or even on board a ship that discharged infected wastes into a local waterway. Once it landed, the squalid conditions were ideal for its spread.

Dr. John Mekalanos, chairman of microbiology and molecular genetics at Harvard Medical School, said he expected to receive samples of the bacteria from colleagues in Haiti and to sequence its genome. Comparing the results with other samples from past outbreaks in different locations should give researchers some clue about where this strain came from, he said.

Dr. Quick said that the disease usually began with watery diarrhea, and that people might not feel very sick at first. If they start taking oral rehydration solutions at that early stage, they can replace the lost fluid and recover within a few days. But if the treatment is delayed, the risk rises sharply. As the disease progresses, more fluid and electrolytes are lost, and vomiting starts. Then a person may not be able to keep the oral solutions down, and may need intravenous treatment. Without fluids, the end can come quickly.

“Basically, with severe cholera you go into shock, and without rehydration you develop kidney failure and other organ failure,” Dr. Quick said.

But even people with severe cases have been saved by rehydration, Dr. Quick emphasized. “People appear to be on death’s doorstep, but then they get fluids and their eyes open and they do fine,” he said.

One question that has been debated is whether people in Haiti’s refugee camps and slums should have been given cholera vaccine, or should be given it now. In the early aftermath of the earthquake, the more likely threats were epidemics of measles and diphtheria, so the focus was on vaccines against those diseases, said Donna Eberwine-Villagrán, a spokeswoman for the Pan American Health Organization.

She and Dr. Quick said that vaccine experts were still discussing whether to use cholera vaccine now, in areas that have not yet been affected. Once an epidemic has taken hold, it is usually too late to start vaccinating.

Dr. Quick said: “You need to mobilize people for a vaccination campaign. You need to have vaccine there, in optimal conditions, and you need to be able to provide two doses 7 to 14 days apart. You get protective immunity seven days after the second dose.”

And cholera vaccine is relatively expensive — $10 for two doses. Right now, health workers are scrambling to make sure rehydration solution is widely available. It costs pennies.