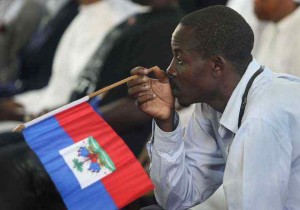 THE Republic of Haiti celebrates its 209th National Day today. Along with the Dominican Republic, it occupies the island of Hispaniola, in the Greater Antillean Archipelago. Port-au-Prince is the country’s capital and largest city.

The population of Haiti is around 9.7 million, 95 percent of whom are descendants of black African. The official languages of the country are French and Haitian Creole. The dominant religion is Roman Catholicism.

The history of Haiti was by European powers, particularly Spain, France, and the United States. In 1492, Christopher Columbus landed in Haiti. The country was ceded by Spain to France in 1697 and it became a plantation colony. The French Revolution of 1789 inspired the rebellion leading to their emancipation in 1791. Haiti gained independence in 1804, making the country the first independent republic in the modern world. The United States intervened in 1915. The occupation ended in 1934.

Agriculture, which comprised mostly of small-scale subsistence farming, is an important activity in Haiti. The two largest exports of Haiti are mangoes and coffee. The country is endowed with rich natural resources such as copper, calcium carbonate, gold, marble, bauxite, and silver.

We congratulate the people and government of Haiti led by Their Excellencies, President Michel Martelly, Prime Minister Laurent Lamothe, Minister of Tourism Stephanie Balmir Villedrouin, Minister of Commerce and Industry Wilson Laleau, and its Philippine Consulate, headed by Consul George Schulze, on the occasion of its National Day. CONGRATULATIONS AND MABUHAY!