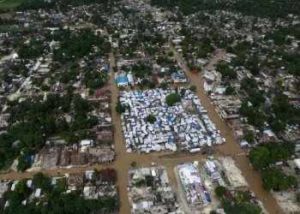 Rene Preval, the President of Haiti, has announced that he will be in office for another three months as elections are held to find a successor.

Because of the massive earthquakes in Haiti last year, the island has been in disrepair. Several nations, including the United States, have pledged billions of dollars in an effort to help Haiti repair itself.

Preval, who served as president of Haiti from 1996 to 2001, was only the second president in Haitian history to leave his office due to the fact that his term had expired. Several protests were held after the first election, when Preval had apparently lost the election, but subsequently the Provisional Electoral Council declared Preval the winner by a 1.1 percent margin.

However, since his second inauguration in 2009, Preval has become increasingly unpopular with the people. The rampant poverty has led to large protests against him, and Haitians are saying that he did not act quickly enough after the earthquakes. The Associated Press representatives in Haiti quoted one citizen as saying, “Misery is killing people, so we need a change,”

Jude Celestin, the original candidate for the next presidential run, was dismissed by the Provisional Electoral Council, however, because of his obvious affiliations with and backing by Preval’s government officials.

Until April 16th, however, which is the projected date for the next Haitian election, Preval will be keeping his position in office.

Here we go again! Another article that puts out wrong information.

He had 23% in the first round and MINUSTAH – the UN group in Haiti – gave him 51% to avoid a run-off that he would certainly have lost to Charles Baker.

His presidency has been one huge disaster, distinguished only by his refusal to do anything other than steal hundreds of millions of dollars.

He has now fixed this election via 4 false polls that showed Manigat as the leader, when it was in fact Jean Henry Ceant who led. Preval is afraid of Ceant since Ceant might make him face Justice. On the other hand, Manigat has accepted a bundle of cash, an armored SUV, 20 year retroactive pension, for her husband, and some home repairs, coupled with Preval’s promise to have his entire Inite party back her in the run-off. In return, Preval gets to name her Prime Minister and Cabinet.

Manigat has absolutely no popular vote and a fresh election would show this.

Unfortunately, Hillary Clinton and the OAS have pressured the Haitians into accepting someone they do not want.