By the Editorial Board 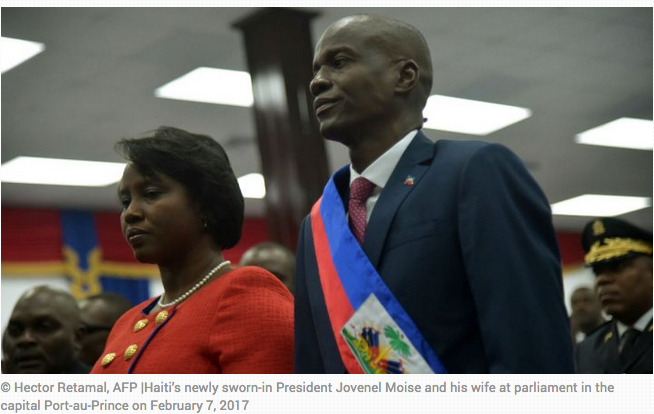 The U.N. forces, in Haiti since 2004 to quell disorder, number some 8,000 and have been provided over the years by some 18 countries, including Brazil, Nepal, Sri Lanka and Uruguay. They caused embarrassment to the international organization, and their withdrawal should be a relief to the U.N. They are credibly believed, for example, to have introduced a new, virulent strain of cholera, which has killed 9,500, to the half-island by careless sanitation practices. There are also reports of sexual abuse involving U.N. troops.

It is also the case that U.N. finances for peacekeeping are tight and becoming tighter. The United States, which has been putting up 28 percent of peacekeeping costs, proposes to drop its contribution to 25 percent of the effort.

Haiti should be pleased at the withdrawal of the peacekeeping forces. It elected a new president, Jovenel Moise, in November, after nearly a year with the position vacant. The need for the continued presence of foreign forces on its territory, to preserve order, to stop Haitians from fighting each other, has and should become increasingly embarrassing. Even though the problems of Haiti’s 11 million population remain severe, they are primarily economic. The country’s sovereignty is compromised by the presence on its soil of foreign peacekeepers.

Haiti has long constituted a problem for the United States. Whether it is the threat of uncontrolled immigration, or the threat of disorder 1,889 miles away, or the drain on conscience at the poverty and misgovernment that have frequently characterized Haitian history, the United States has long found itself concerned by developments there. That country first broke away from slavery, by the French, in 1793, 72 years before the United States, for example. In modern memory, American presidents have sent U.S. troops in from time to time, most recently in 1994 to help restore Jean-Bertrand Aristide to power after a military coup. The nearly 20 years of U.S. occupation of Haiti, from 1915 on, however, remains a historical sticking point.

The departure of the U.N. peacekeeping forces is scheduled for October. That does not mean that the world, including the United States, plans to wash its hands of the place at that point. U.N. trainers for Haiti’s police will remain. Economic development efforts, including by the United States, will continue, but armed forces from U.N. members are scheduled no longer to play a role in Haiti, a positive development for all parties involved.

4 thoughts on “Removal of U.N. peacekeepers is a positive action”