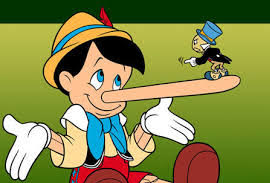 The Norwegian Red Cross was resorting to damage control on Tuesday, after newspaper VG reported that it had wrongly informed donors about how it spent funds raised for earthquake assistance on Haiti in 2010. A Norwegian expert on foreign aid claimed the organization owed its owners an apology, and they got one.

“The Norwegian Red Cross has directly misinformed its donors about how money raised in Norway was used in Haiti,” Bjørn Amland, editor of the publication Development Today (external link), told newspaper VG. “This is very serious.”

‘We made a mistake’
Amland noted that the Red Cross asked for more money for a new catastrophe at the same time it wrote to donors about health centers on Haiti that it hadn’t built and other services that it hadn’t provided. VG reported that while the Red Cross reported it had built around 1,000 temporary homes for quake victims, 300 don’t exist.

Of the 25 health centers that the Red Cross claimed to have built on Haiti with money from Norway, 23 of them were built before the quake hit. VG toured one of them recently and reported it to be in poor shape, with neither toilets or showers that worked, paint flaking off the walls and corridors with no lighting.

VG also reported money raised in Norway had helped built four blood banks. All of them were in fact financed by Red Cross organizations based in other countries.

“We made a mistake, it shouldn’t have happened,” Tørris Jæger of Norges Røde Kors told VG. He claimed the Norwegian Red Cross had written about its work on Haiti “in good faith” and that the organization did “a good job,” adding that “we don’t need to brag about things we haven’t done.”

Credibility at stake
In September, however, when hurricanes bore down on Haiti and disaster struck once again, the Red Cross published a rundown of what it claims it did back in 2010, to prod donors anew: “Thanks to funds collected in Norway, the Red Cross contributed towards providing homes for 44,000 families, 91,000 families have had improved access to drinking water, while 39,000 families have received access to better sanitary facilities. Around 1,000 temporary homes and 25 health centers have been built, 2.8 million people have receiving training and other health care information while blood capacity has been strengthened with four new bloodbanks.” It was only after VG asked for the names and addresses of the 25 health centers and where the blood banks and housing were located that the Red Cross admitted that its alleged achievements weren’t so impressive after all.

Amland, who has followed foreign aid efforts in Norway for more than 25 years, told VG that the Norwegian Red Cross should apologize for its misinformation. “It’s critical for the Red Cross to win confidence, especially when operating fund-raising campaigns,” Amland told VG. “It’s a big problem for the Red Cross that they gave the impression they had achieved much greater results than in fact is the case.” He added that VG‘s report could weaken the credibility of the organization.

A Red Cross spokesman did apologize on state broadcaster NRK on Tuesday, saying the organization never intended to mix up funding from various Red Cross agencies and claim other countries’ funding as their own. The organization also issued an apology on its website, claiming it was proud of its humanitarian work in Haiti but that it had “unfortunately” erred in its own report about it.