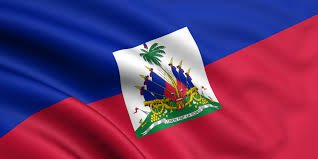 The United States supports all efforts aimed at finding consensual and constructive solutions that will conclude the electoral process expeditiously with an outcome that reflects the will of the Haitian people, consistent with Haitian law and the Haitian constitution.

Electoral intimidation, destruction of property, and violence are unacceptable, and run counter to Haiti’s democratic principles and laws as well as the values expressed in the Inter American Democratic Charter. The United States, along with the international community in Haiti, urges the Government of Haiti, its institutions, and political actors alike to reject violence and take all steps necessary to pave the way for a peaceful election for a new president and the remaining Parliamentary seats as is constitutionally mandated. As in the past, the United States is taking great interest in how elections in Haiti are unfolding and expects that persons responsible for organizing, financing, or participating in electoral intimidation and violence will be held accountable in accordance with Haitian law.

The United States reaffirms its support for credible, transparent, and secure elections that reflect the will of the Haitian people.