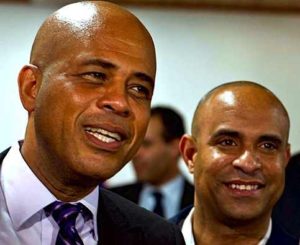 President Michel Martelly signed the decree less than 12 hours after the lower chamber of deputies ratified Lamothe, a telecommunications entrepreneur and former competitive tennis player. He replaces former U.N. diplomat Garry Conille who resigned in February after only four months on the job and amid tensions with Martelly.

The 62-3 vote with 2 abstentions for Lamothe came after hours of debate. Lamothe is seen as a deliverer by some in the international community, who have become frustrated with Haiti. Among his promises, Lamothe says he wants to reignite reconstruction and promote Haiti as an investment destination.

The speed at which Martelly signed the decree has surprised many longtime observers. The presidential decree and installation ceremony, which the palace initially announced for Friday then cancelled, usually takes place after the newly ratified prime minister has presented his political program and government to each chamber for the final two votes in the four-vote process.

Next up for Lamothe is getting approval from each of the two chambers in parliament for his political program and government. Haiti experts say if he wants to avoid a lame-duck Senate he has to move quickly. On Tuesday, the terms of 10 of the 30 senators expire, making it increasingly difficult to get the votes needed.

“A weakened parliament still wields much power,” McCalla said. “The challenge for Haiti is to have a strong and efficient government administration that can get the job done.”