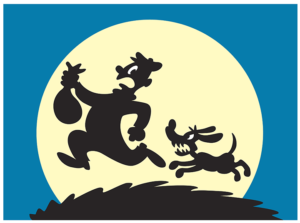 President Michel Martelly realized the key to Haiti’s future is to be found in its young people. They hold the potential for our national survival. Unfortunately, this most valuable asset, is being wasted.

Unless immediate steps are taken, the Martelly/Lamothe promise of an education for all will become a disappointment, and be used as a weapons against them, by their enemies.

A recent  investigation showed that almost 50% of 500 schools, formed under President Martelly’s plan for free education, did not exist. One must also wonder at the quality of those that do exist, but offer little to nothing for the children’s education, being no more than baby-sitting agencies.

The Martelly/Lamothe concept is the most important building block in their government’s plan for the future, a future that extends  far beyond the confines of their limited time in office. The ongoing demands of education are infinite and endless. The Martelly/Lamothe team has a God-given opportunity to make  a real difference. They possess the heart, and must also possess the will to do this, no matter how many eggs are broken in the process.

If the Martelly/Lamothe team is to  succeed, creating more than a simple mirage, they must take a very close, and analytical look at what pretends to be a Ministry of Education.

With little fanfare, the Jean-Claude Duvalier government moved to improve the system. Statistics show that they did.

With a great deal of fanfare, the Aristide/Preval governments trumpeted their advances in education where, in fact, there were none. Instead, the years invested in the Lavalas disaster, saw education slip backwards to the point where we are now.

The Aristide/Preval fanfare drew a great deal of international attention, accumulating hundreds of millions to fund their charade. This fortune became a cash cow for the ongoing Lavalas corruption.  Senators and Deputies would arrive at the ministry to  announce that they had so many schools… and then carry away a bag of cash that would never have any influence on their district’s educational system. The cash was  spent on Land Cruisers and a few mistresses while the poor children gained  nothing unless a child’s sister, or in some cases a brother, became a parliamentarian’s  whore.

The Aristide/Preval ministries were peopled by an educational mafia that stood to block any improvements. Their idea was to paralyze the ministry. Then it would need advisers, and consultants to solve problems.   The fact that these consultants also possessed their own commercial operations placed them in a position to gain contracts, to “assist” in the educational process.

Any good, or revolutionary ideas to improve the Haitian educational system would be blocked.  On occasion, the consultants/advisers would pirate these new concepts for

their own purposes, then sell the result to the ministry.  ONGs swarmed into the game, gobbling up funds with ruthless efficiency, rarely adding anything positive to the system. The ONGs would hire the “internal consultants” to promote their projects.

Profit was the goal. Personal profit.

Education of Haiti’s children was simply an excuse upon which fortunes were to be made, while schools failed their duty.

The Ministry of Education became a “Daisy Chain” of corruption, a circle of criminals feeding on the resources that should have been used to educate Haiti’s young people. Because of this, private schools took over, where the inefficient, corrupted government system slid towards the abyss, dragging many unfortunate Haitian children with it, those who did not have a few dollars to pay tuition at private schools.

Does this system survive?

Some suggest it does. Several Aristide era consultants still receive big monthly checks from Aristide to maintain his negative influence within the ministry and bring about the failure of Martelly’s truly grand plan for education.

If  these suggestions are true, the Martelly/Lamothe government must step back, take a breath, and set out to solve this cancerous malignancy.

The patient cannot also become the diagnosing physician, as is too often the case in Haiti..

The challenge is not an unusual one. France was faced with a similar problem and took immediate and drastic steps to overcome this threat to national survival.

A committee was created, completely separate from their Ministry of Education.  And their educational system was revived.

The Haitian commission should be made up of exceptional educators who have a proven record of contributing to the real well-being of Haiti’s young people. Some leading leaders of the private sector could be included.

Two ex-ministers come to mind,   Dorcely and Kernison. I am sure that there are others.  Alexis’ name popped up but many suggest he bled his ministry to the benefit of his Quiskeya  University.

One group should be barred from this survival package. Anyone now serving as a consultant/advisor to the existing framework should be left on the sidelines, otherwise there will be no resolution to this fatal disease. They will simply work to perpetuate it.

Unless something is done to root out this cancer now, the key, nation-saving,  Martelly/Lamothe program to give our children an education will be wasted, like a cup of water poured onto the desert sand.

5 thoughts on “PRESIDENT MARTELLY PROMISED AN EDUCATION FOR ALL HAITIAN CHILDREN – UNFORTUNATELY HE INHERITED AN ONGOING EDUCATIONAL SYSTEM, TOTALLY CORRUPTED BY THE GOVERNMENTS OF ARISTIDE AND PREVAL… PRIOR TO 1986 LITERACY RATE WAS IMPROVING…. FROM 1986 TILL TODAY, IT HAS PLUMMETED”