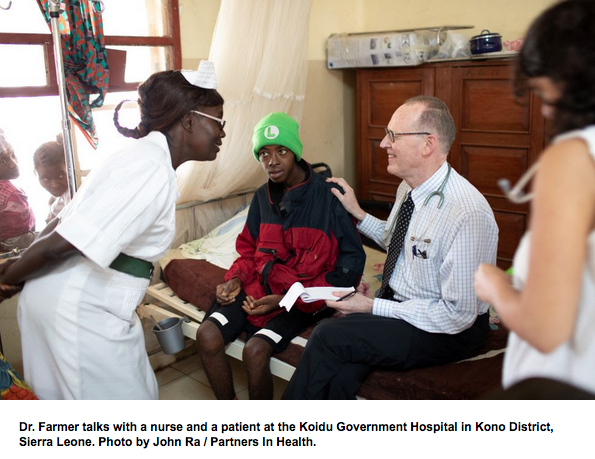 Dr. Paul Farmer, who passed away on Monday, was one of those rare individuals whose service to humanity came to embody the noblest aspirations of an entire generation. He was a true visionary who was instrumental in creating Partners in Health (PIH). In the process he also nurtured and empowered an extraordinary team of medical professionals who will now continue working for justice in health care for the millions around the world for whom that is not a reality.