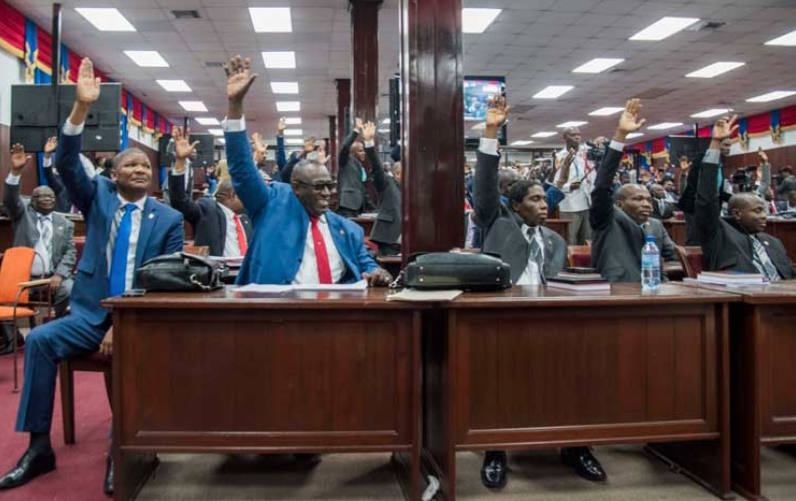 Port au Prince, Aug 29 (Prensa Latina) The special committee of the Chamber of Deputies proposed 30 sections to modify the Haiti”s constitution currently in force, after a year of work and consultation with several sectors of the country.
Chaired by deputy Jerry Tardieu, the commission presented at the Karibe hotel in this capital a set of reforms that include a change from the current parliamentary system to a presidential one, where the Prime Minister is eliminated and replaced by a Vice President elected along with the President by universal suffrage.

According to the legislators, this eliminates the space for negotiation, in which parliamentarians impose ministers in exchange for the ratification and approval of the government plan presented by the executive.

Another change is that the President is no longer conceived as ‘minor,’ but is subject to ordinary courts for corruption, financial or administrative mismanagement, committed during the exercise of the office.

The commission also suggested that the liquidation of public accounts is not a responsibility shared between the parliament and the Court of Auditors, but that this last instance must be trusted for all categories of public accountants.

They also noted the possibility that the deputies have a closer relationship with the communities and that only the senators have the prerogative to vote the budget of the Republic.

Haiti is one of the countries in America that has applied the most reforms to its Magna Carta. Since its approval in 1801, its inhabitants have modified the Constitution 24 times.